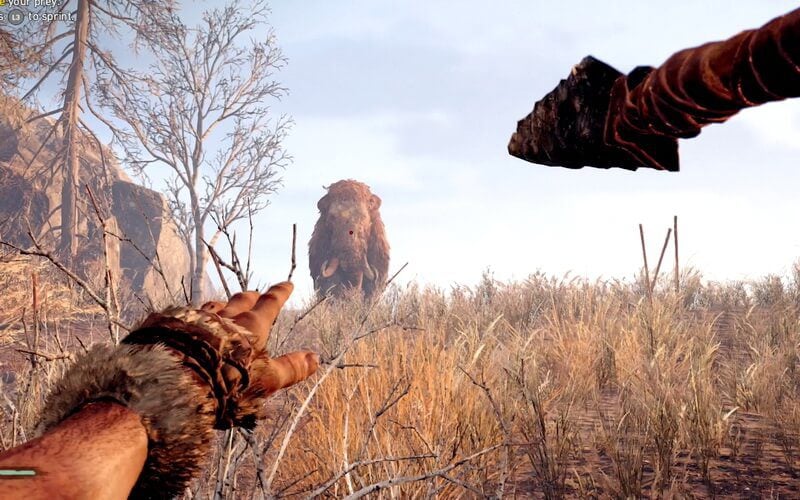 2016 was a weird year for a lot of reasons, but if you’re a fan of games with massive maps to explore, you’re laughing all the way to the bank, which just so happens to be on the other side of town. As game budgets grow along with developers becoming more and more accustomed to this generation’s hardware, game worlds are also growing. Here’s a look at the cream of the crop that 2016 had to offer in terms of huge worlds with giant maps.

Capcom’s Dead Rising 4 featured a larger world than previous games in the series, and the time limit is gone so you’ve got plenty of time to explore it now (Which most likely helps the world feel even larger). While a bit of a departure from the series, it did relatively well in terms of sales, despite mixed reviews. The fact of the matter is that even a few minutes feels like eternity when you’re swarmed by zombies, and a hundred yards feels like a mile.

If the map in Far Cry Primal feels familiar, that’s because it’s ‘very similar’ to the one from Far Cry 4, with a new coat of paint on it – despite the fact that these two games took place in completely different locations. None the less, the huge world map in Far Cry Primal probabally seems even bigger since there aren’t any vehicles to take you around quickly, unless you count the Easter egg of the car from the Flintstones.

Mafia 3 gave us a unique look at New Orleans in the 1960s. You play as Lincoln Clay, a Vietnam Vet, in 1968 this this title deals with the trials and tribulations of the era. Having a large map may not be great in this case, as Mafia 3 has been criticized for feeling repetitive and like a lot of the missions are just “busy work”.

Watch Dogs 2 takes everything from Watch Dogs to the next level, including the size of the world and how much stuff there is to do. Watch Dogs 2 is set in San Francisco, and the team at Ubisoft did an incredible job of re-creating the city.

The Division takes you to a post-apocalyptic version of New York. The size of the maps in Fallout 4 and The Division are roughly the same size, which may surprise some people. On top of that, The Divsion’s map is a lot more dense. This open-world shooter had a lot of people saying the map was TINY, which just wasn’t correct at all.

You know the world map is huge when they give you a car to help traverse the distances. FFXV aims to attract a new audience while keeping die-hard fans pleased as well, and for the most part it accomplishes that. It’s just not huge for the sake of being huge, there are a lot of side-quests and other things to do.

Battlefield 1 features some giant maps worthy of inclusion, there’s even a new one called Giant’s Shadow. This pick might stand out on the list, when we’re looking at a lot of open world games, but it’s worthy of inclusion for the size of the multiplayer maps you’ll be running around, and the distance you’ll cover in the campaign.

You could argue that this didn’t technically come out in 2016 thus isn’t eligible for the list, but you’d be wrong because the release date for TES V: Skyrim Special Edition is October 27th, 2016. Checkmate. Anyways, Skyrim offers a massive experience, with an amount amount of things do to and see as you cross the sprawling landscape.

It may have received mixed reactions, but there’s one thing that nobody can deny about No Man’s Sky: It’s huge. Whether or not you can stay interested while exploring the infinite universe is another story. In either case, the team behind No Man’s Sky has been diligent with making improvements and working hard on patches, so we’re looking forward to seeing what 2017 has in store.

Were you expecting this one? The popularity of Pokemon Go may have died down quite a bit, but it was the phenomenon game of 2016, and also just so happened to include a map almost exactly as large as our planet.