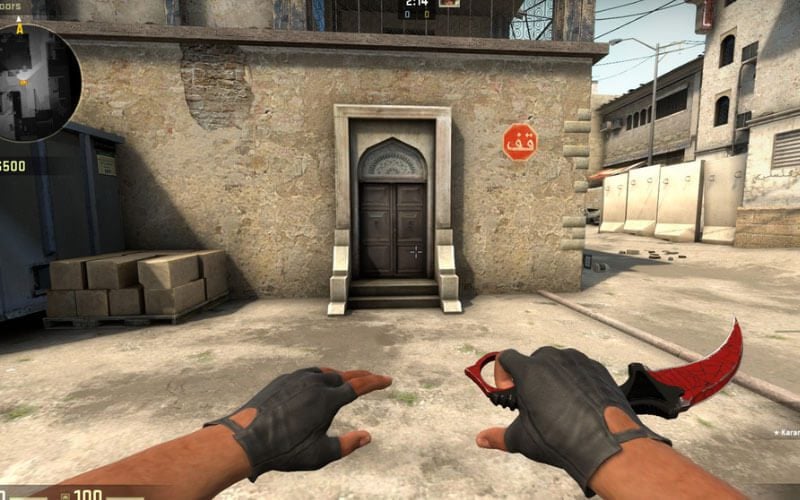 If you’re still bitter about having to pony up extra cash for DLC, this list is definitely going to make you feel some type of way. These huge transactions bring a whole new meaning to the phrase ‘pay-to-win’, as people drop incredible fortunes on games.

Spending a couple bucks extra for a different outfit for a character doesn’t seem nearly as bad when you see people spending six, and even seven-figures on their favorite games. We’re maxing out at 2 items on this list from Entropia, otherwise this entire list would be sales from that game, including planets, moons, and even banking licenses which can fetch around $100,000 each.

Let’s start things off relatively inexpensively. If $2,000 for an in-game knife seems insane, that’s only because you haven’t seen the rest of this list yet.

The blue party hat is a relic from the holiday season of 2001, and was immediately deleted by most people who won it from their Christmas Crackers for its seemingly uselessness, thus leading to it ultimately becoming rare and very valuable. Other colors of hats are also worth quite a bit.

This ship requires a very rare blueprint to build, and is worth billions of in-game ISK, which translates to $9,000 USD and earns it a spot as one of the most expensive virtual items. Unfortunately for the guy who owned it, the ship was destroyed shortly after construction completed.

This level 70 Elf (the max level at the time) was wearing some of the best and rarest items, helped the owner fetch such a huge price. The only problem was that the character was deleted shortly after for violating Blizzard’s terms of service regarding the sale of characters. That’s got to sting.

The guy who had this item drop sold it for a measly $250, and it was bought and sold a few more times, until somebody finally realized how valuable this item was and and sold it for a cool 14k, or roughly 40 billion in in-game gold.

This game was hugely anticipated in China, and players had a chance to bid on in-game items before the launch, in an auction format. The guy who picked up this one-of-a-kind sword was able to effortlessly cruise through the game with a massive head start.

Having a puppy in real life can be expensive, but this Dota 2 pooch is off the charts. As long as you try not to think about how much good actual pet shelters could have done with this cash, it’s not too bad.

You can create your own businesses in Second Life, and there are people who make their living in this digital world. One of those businesses was the city of Amsterdam, modeled after the real-life version, which fetched $50,000 in an eBay auction.

At the time of the sale, this was the biggest one, overtaking the original Club Neverdie sale price of $100,000 before it was later re-sold for much more.

This virtual nightclub in the Entropia universe was originally purchased for $100,000, however after some increased mining activities, then dividing it up to sell to multiple parties, the guy who originally bought it was able to sell it for over 6 times what he paid.

This is by far the largest sale, however it wasn’t just for an item, it was for an entire planet. Planet Calypso was the first planet in the Entropia universe. The planet was sold for $6,000,000, but didn’t make the list because after only making a few partial payments, the sale didn’t end up being completed.

One single investor bought 25,000 unique land deeds in Entropia for a total of 2,500,000. It’s an investment becasue revenues are paid out weekly to land deed owners, and historically they’ve given quite an impressive return on investment. They can rent out the land for mining and other activities, and earn a % of the profits, as well.