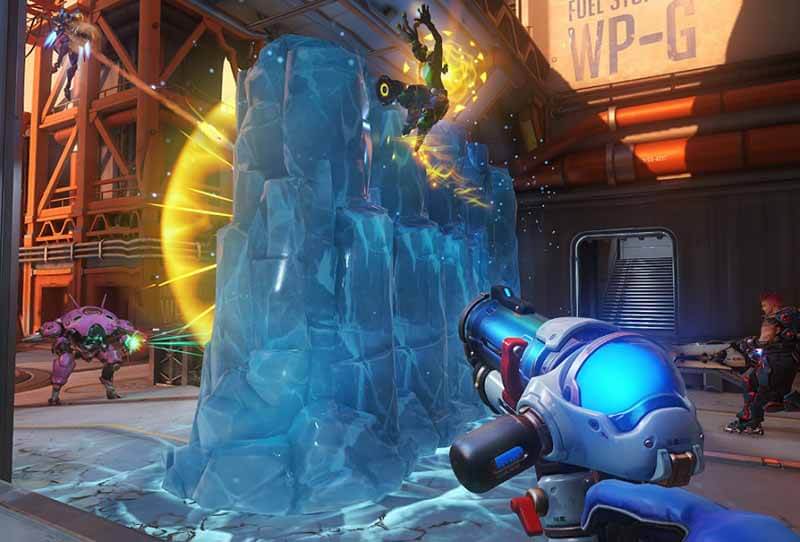 GTA V is a fantastic game and the online feature of the game has always been subject to people cheating and abusing various glitches. The most recent of these is a glitch that allows players on a server to set the levels of other players. Sounds like a good thing right? Well, players can get banned because of this glitch. This is because some corrupt players can use it to get revenge on each other. By placing large bounties, or leveling a player up to 9000, they can potentially attract the attention of Rockstar and get banned in some cases.

Pokémon go came out of nowhere last year and gained the attention of the public quickly. It was popular amongst fans of the series and mobile gamers alike. The series sadly doesn’t see that much lime light these days, but is still popular amongst enthusiasts. The glitch that was present in the game last year shortly after it’s realease allowed players to use an egg as a gym leader. This made the gyms impossible to defeat and take for your team! Eggs are useless in Pokémon Go because they have no attacks and no hp. Since this glitch was initially discovered it has been patched.

The Division is a great game despite some flaws on release and is still played widely today by many. The glitch present in the game allowed players to build up the dps of weapons by quickly swapping between them. This would get the dps on player’s guns up to unnatural numbers of 500+ depending on how long they did it. Once activated,  the weapons c could deal tens of thousands of damage to the enemy players. This kind of ruins the point of the game and makes it very unfair to play against anyone that does this.

The Witcher 3 is arguably one of the best RPG’s of the last few years. The game is beautiful, immersive, and hard to put down at times even when you’re doing the most basic things. There was a glitch present in the game that allowed players to kill cattle and immediately return to the respawn point. Players used this to farm infinite amounts of hide and leather. A patch in the game added a mysterious note called “Added The Bovine Defence Force.” Initially players were confused until they tried to kill cattle again. They found that when the killed cattle a high level monster would appear and more than likely kill them.

Skyrim came out in 2011 and was re-releasedas a special edition including updated graphics to run on next gen consoles and included a DLC. The glitch that’s still present in the game allows the player to level up very quickly. At the start of the game you have a choice of which character you can go with. Once you escaped the dragon and are inside of the fort building you can attack the character all you want and they will not die. This can be handy for leveling up quickly at the start of the game.

Fallout 3 came out many years ago as a revival of the franchise after a previous one had fallen through with a different publisher. This glitch allowed the player to receive infinite amount of caps. The process was simple and involved trading an item with the vendor and getting it back in a fully repaired condition then selling it again and repeating the process until they ran out of caps. Wash, rinse, and repeat.

The second game in the souls series became a cult hit because of it’s difficultly and brought new life into the series in the western world as its previous release demon souls was only popular in Japan.

The glitch is still unpatched seeing as its more of an exploit than a traditional glitch. The player needs to go to Darkroot garden and chase the guardians of the forest around until they are all following you. Then when you go back to the start of the level they will fall off a cliff and you will get 20000+ souls.

Overwatch is one of the most popular games to date and is played by an astonishing amount of people worldwide, it is however not without its faults and exploits.

The glitch occurs when Mei heads to a particular corner of the map, crouches down, and places an Ice Wall underneath the character. This will send the player to the upper level of the room which shouldn’t be accessible. They can then roam about above the map, and access off limit areas. This can be extremely frustrating for everyone else as you can’t kill someone out of bounds of the map but they can kill you.