8 Best Games Where The Illuminati Secretly Rule The World 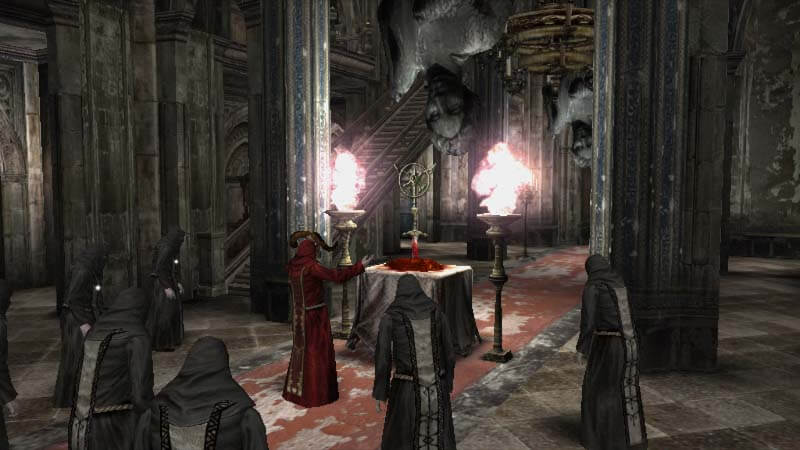 The Illuminati is the most prominent secret organization that is thought to be ruling the world from the shadows; a series of symbols, such as the all seeing eye and the owl, being associated with it. Even though there is no proof that this mysterious society really exists, the video game industry cashed in on the idea. And because this subject is a highly exciting one, we are going to reveal the best 8 games where the Illuminati rule the world.

Los Illuminados, The Enlightened Ones in Spanish, is an occult group and it is considered the main antagonist in Resident Evil 4. Worshiping a breed of parasitic organisms that could control their hosts, known as Las Plagas, this dark organization first came into being sometimes in the 18th century. An army of Zealots, Villagers and Combatants is used to do the biddings of the cult’s leader: Osmund Saddler, the ultimate goal being to take over the world.

The Inner Circle from Max Payne is a secret society that has influence over the organized crime groups of New York City as well as over the federal government. Acting very much in the same vein as the famous Illuminati, this mysterious organization is ruled by shadowy figures that have ties to the criminal world, the political parties, the church and some other private business sectors. They are notorious for using other people to do their dirty work, even Max Payne gets to be recruited for some of their missions.

The Half Life 2 equivalent of the Illuminati is most definitely the immensely powerful inter-dimensional organization known simply as The Combine. Composed mainly of an immense variety of both allied and enslaved species, the goal of this influential organization is to build an inter-dimensional Empire and dominate the entire Multiverse. Its leader is a mysterious entity but the alien species called Advisors are doing all the administration work for The Combine.

You can keep reading but the video is way better:


Samoliotik
Samoliotik is not a big video game that offers an intricate plot and tons of hours of gameplay but it certainly is enjoyable enough to keep you entertained for quite a while. Described as a “stylish shoot-em-up with different enemies, bosses, color palettes and power-ups”, this endearing title allows the players to fight The Illuminati, Adolf Hitler and some other squirmy creatures. Samoliotik is easy to master and it definitely is the ideal title if you would like to gain some fast achievements.

Crackdown
The Agency is the secret organization that controls the futuristic dystopian city where the story from Cracdown takes place. Keeping a low profile, much like the Illuminati, this society’s goal is to completely eradicate the city’s organized crime cartels with the help of their wide resources and genetically modified super soldiers known as Agents. The war on crime is difficult and, in order to succeed, many sacrifices have to be made.

The Black Watchmen
The gameplay of The Black Watchmen really takes things to the next level. This Permanent Alternate Reality Game uses the real world as its in-game universe, heavily blurring the lines between fiction and reality and turning every day interactions into game mechanics. In a world dominated by occult secret societies that plot to overthrow the status quo, The Black Watchmen are the paramilitary task force that has to protect the people.

The Secret World
Three Secret Societies rule the world in the MMORPG The Secret World: The Illuminati, the Dragons and the Templars. Each of them is a playable faction and you can choose to become a member right from the start from the character creation panel, because there are no restrictions based on race, abilities or ethnicity. The Illuminati are a group that is operating in the shadows, acting silently unless the situation really calls for gunfire, they are ruthless and dominate the world in total secret.

In the dystopian cyber punk society of a future Earth, several organizations compete to gain full control over the world. Of course, the most prominent and constant appearance in Deus Ex is certainly the Illuminati. Dedicated to the spiritual perfection of the individual, this secret organization has a very clear ultimate goal: to establish a New World Order that will allow them to govern the entire planet without facing any kind of opposition.