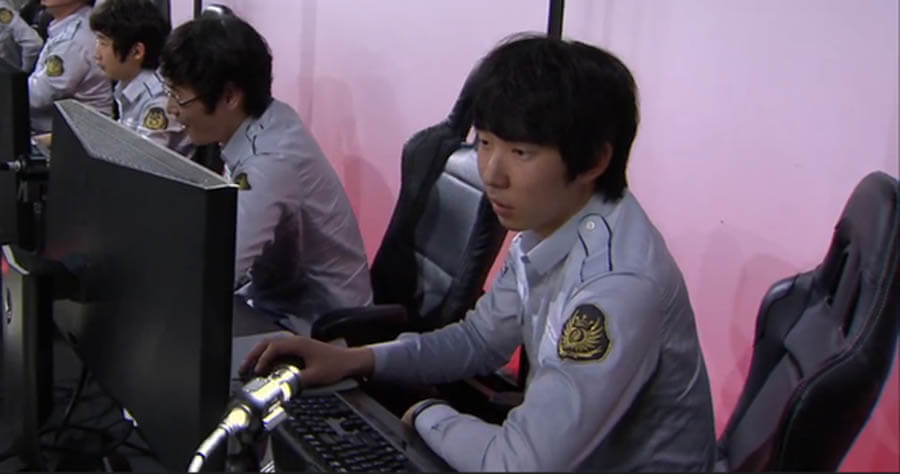 Ever since the beginning of games, people have been finding ways to unfairly gain the upper hand. These cheaters sometimes get away, but that’s almost always not the case. Here are 8 times that hackers, match-fixers, aimbot-users, and even screen-cheaters got caught red-handed.

KiD x,  a top-200 Overwatch player and high profile streamer on the Korean server, was banned for using an aimbot. However, this ban didn’t happen in privacy- KiD x was streaming when the ban hammer fell. His use of an aimbot wasn’t hidden at all. Blizzard found out almost immediately and shut down KiDx’s account mid-stream. Blizzard has a zero tolerance policy when it comes to dealing with cheaters, so KiDx’s ban is permanent.

In ArenaNet’s MMO Guild Wars 2, cheaters were not tolerated. One look at the case of player Darksider will let you know that they meant business. Darksider was a notorious hacker- he terrorized the MMO’s PvP zones for weeks. The player’s character was impossibly strong, nearly impossible to kill, and had the power of teleportation. The player was reported thousands of times before the head of security for the game took control. He seized the Darksider’s account (and all accounts associated with him) and humiliated him. He took control of the avatar, walked him up to a high place where all could see, stripped the character naked, made him wave goodbye, then sent him falling to his death (and a permanent ban). There was some controversy about ArenaNet  handling the hacker problem unprofessionally, but there’s no denying that it was hilarious.

This one is the 1919 World Series of eSports. In the finals of the MLG 2012 Summer Championships, Team Dignitas and Curse NA shocked the crowd. Instead of a normal match, the game was played  “All-Random, All-Mid” where each of the players picks a random champion and both teams only play in the middle lane of the map (which has 3 lanes and a jungle). Dignitas and Curse met before the game and decided to split the prize money regardless of the outcome, and settled on playing a game  of “ARAM”. The cheaters were of course found out, and MLG disqualified both teams. No one was banned, but the final was a disaster for MLG, who were just trying to put on a respectable professional competition.

In Rockstar’s Red Dead Redemption online, cheating isn’t outright punished. Rather, the game turns against you. If a player racks up enough player complaints (from things like hacking), Rockstar will brand him or her a player killer- a title that carries a lot of weight. The punishment makes it hard to find friendly people online and comes with another, more brutal stipulation. You stick out like a sore thumb to both other players and NPC’s- you have a permanent wanted level.

People play on each other’s accounts all the time. Sometimes it’s just for fun, sometimes it’s to “boost” (also cheating) someone. And other times, it’s to let another player play for you in a sanctioned Call of Duty 4: Modern Warfare competition. FatGames, a COD team, decided to try to pull off one of the dumbest cheating attempts of all time. They gave one of their new players (who hadn’t been playing long enough to compete, based on league rules) the login details of the player he was replacing on the team. They got caught and turned in immediately. Both D1ablo (the new kid) and the person who gave him the login details (Stat) were banned for 6 months and the league deducted major points from FatGames.

At the League of Legends World Championships in 2012, Korean team Azubu Frost was caught cheating the old-fashioned way- peeking at the other team’s screens. Okay, while they didn’t ACTUALLY look at their opponents’ screens, but they did occasionally peek up at the big screens situated above them, which displayed the locations of everyone in the game. Their cheating resulted in a massive scandal and a fine of $30,000. You can check out more proof of their cheating here.

Similar to the KiD x incident, this scandal involves high-profile players using aimbots. Professional CS:GO players KQLY and SF of Titan and Epsilon, respectively, were caught using aimbot software in late 2014. Both teams “removed” (read: fired) the cheaters from their teams. Even though KQLY used the software for a week outside of competitive context, he was still punished. This debacle led to a bunch of other bans- some justified, some not.

This one is pretty damn funny- the developers of H1Z1 went on a massive ban spree after reports of thousands of hackers came to light. After the bans, many of the cheaters sent messages to them asking for forgiveness in hopes that they’d be allowed to play again. The developers decided to lift their bans, but only on one condition- anyone that wanted back in had to make a youtube video explaining what they did to deserve the ban in the first place and then apologize for their actions. You can check some of those videos out here and here.

Sometimes gamers are falsely accused of cheating, like the time this Battlefield 1 Sniper Was Accused of Cheating after Releasing Unbelievable Kill Compilation

Hackers used FIFA to steal money from EA
A jury in Texas found Anthony Clark guilty of “conspiracy to commit wire fraud” after he and another three hackers found a way of mining in-game Fifa currency and selling it to other players. The thing is that EA makes money off of these coins so deciding to interfere with their in-house business kind of means you’re directly stealing from them. Because these hackers weren’t the brightest bunch, they transferred the money directly to their bank accounts so you can see how simple it was for the authorities to find out who they are.

Police Pressing Charges against Cheaters in Sudden Attack
When you decide to cheat in a video game you have to make sure you don’t make any money out of it, because otherwise you’ll be legally facing charges, similar to the FIFA case. Two seventeen-year-olds and one college freshman were making millions of yen from posting and selling cheats online until the developers of Sudden Attack received complaints regarding the cheats so they decided to call the police and report the ongoing scam. As a result, the group of “businessmen” got themselves a couple of charges for online fraud.