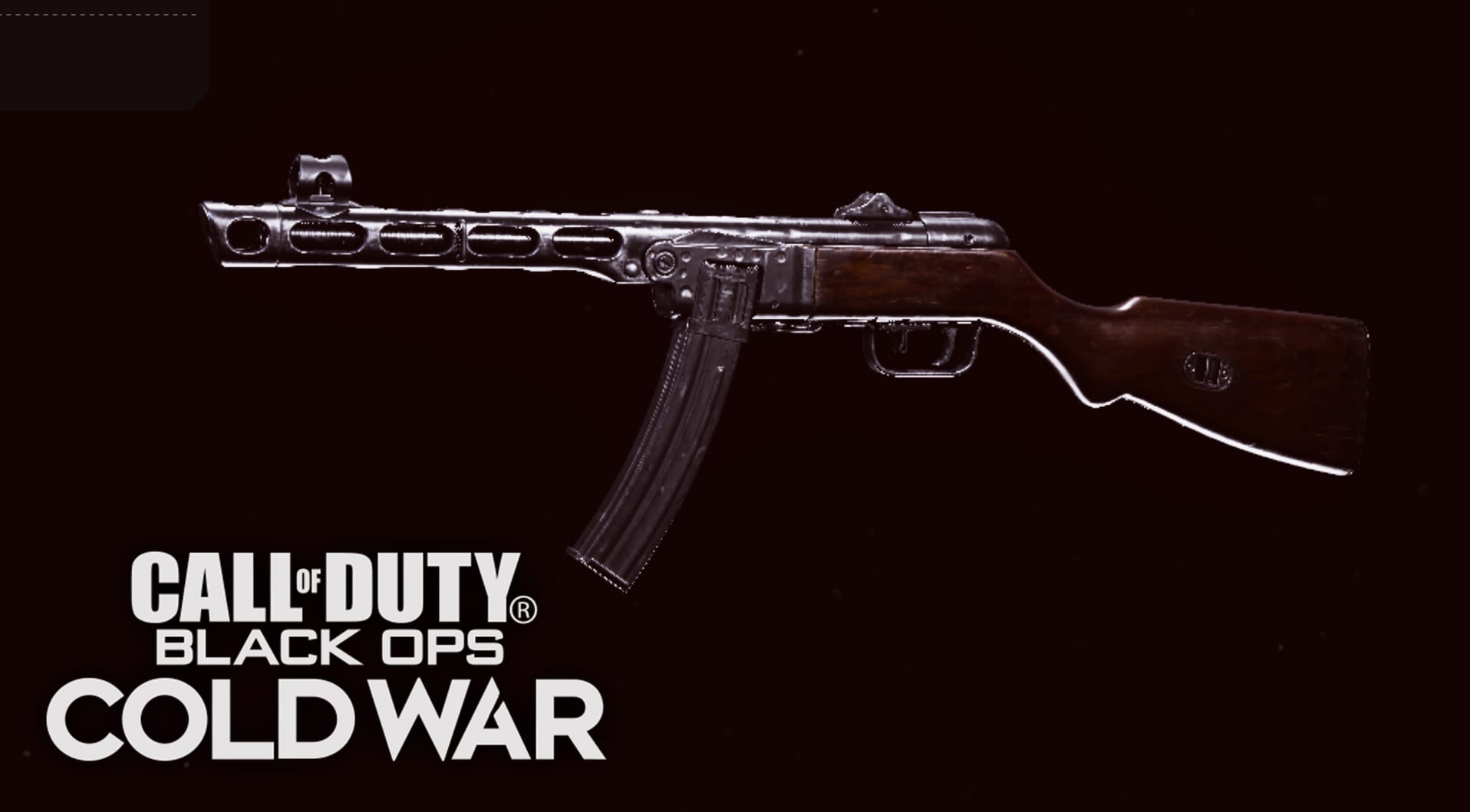 As Raven Software continue to tweak the Call of Duty weapon meta, it’s clear that SMG’s are becoming one of the most viable options. If you’re to compete, you’ll need a decent Warzone SMG loadout to take into the fray.

There are several standout SMGs in the weapon subclass – the Bullfrog being one of them. To go against the tide, however, I’ve opted to base this loadout around the PPSH-41. This weapon was added most recently in the Season 3 update patch.

The PPSH-41 did little to impress during its inception. It was clear that Treyarch and Raven were testing the waters with the weapon’s capabilities. Following a recent balance patch, the plucky little SMG is now more capable at longer ranges and much quicker to fire.

Follow the rest of our handy Warzone SMG loadout guide for a full list of attachments and supporting equipment.

Though the PPSH-41 will be our primary weapon of choice during gameplay, it won’t suit every single ranged engagement. For that reason, I recommend choosing the FARA 83 as the weapon to fall back on when engaging in firefights at over 30 to 50 metres. I’ve used this weapon before in my overall best loadout for Season 3 of Warzone, and it still wrecks opponents after the most recent balance pass.

You’ll want to kit it out with the same attachments:

This combination of attachments will serve to keep you as stealthy and as mobile as possible. It’s especially important when playing solos, but also when playing as a squad, that you remain hidden for much of the match.

As you’ll be using the PPSH-41 as your primary, you’ll need to get up close and personal with the majority of your opponents. To do so, you’ll be using a lot of ballsy flanking tactics and infiltrating enemy buildings as quietly as possible.

For when you’re out of bullets in the SMG, the secondary weapon needs to suit the same purpose. That’s why it’s kitted out with the GRU Suppressor – it’ll keep you quiet and hidden on the minimap.

The rest of the attachments serve to keep you hypermobile while shooting. As you’ll be occupying enclosed spaces while using this loadout, you’ll want to ensure that you stay on the move to avoid as much incoming fire as possible.

You’ll have to grind the Battle Pass a little bit to unlock this weapon, but it’s worth it once you do. It can be unruly in the recoil department, but if kept under control it’s capable of melting enemies up close.

Kit it out with the following attachments to lessen the barrel bounce and keep it hyper-mobile:

As always, the GRU Suppressor is a must-have for this loadout. Like the FARA 83 in the primary slot, we want to keep this loadout as stealthy as possible. If enemies can hear us coming, we’re doing it wrong.

The 15.7” Task Force Barrel will extend our damage range slightly while boosting our strafe speed. It has a negative impact on recoil in all directions, but that’s counteracted by the Spetsnaz Grip and the GRU Suppressor.

Finally, the 55 Rnd Drum will give you a little bit of leeway in terms of missed shots. Ideally, you’ll want to be landing as many as possible. With such a high rate of fire, a few are bound to go astray, though. Who knows, maybe you’ll be able to wipe out an entire squad with a single magazine!

This combination of perks and equipment are fairly universal for the Warzone loadout meta, but if it ain’t broke don’t fix it, right?

As we have two fast-firing weapons equipped, I’ve opted to go for Scavenger in this loadout. You’ll be burning through plenty of ammunition, so picking up spare bits and bobs from other downed players will come in handy when the bullets start flying.

Of course, choosing Overkill for this loadout is a no brainer – you’ll need it to equip two primary weapons in the first place and it’s a mainstay of most Warzone loadouts.

Amped is especially useful for this combination of weapons. You’re likely to come across a scenario where you need to engage at different distances quickly. That’s where the faster weapon swap speed will help you the most. The added bonus of speedier weapon reloads is a welcome added bonus.

C4 is especially useful when infiltrating tight corridors and buildings, as this loadout is tailored towards. Throw one of these bad boys into a room, close the door, and hear the enemy inside panic. Not only are these useful against rogue enemies, but they come in handy when pinned down by incoming vehicles, too.

You can’t go anywhere in Warzone without a heartbeat sensor. When things are down to the wire and you’re the last of only a few left in the zone, you’ll be thankful for the added intelligence.

We’ve also curated a loadout for the M13 Assault Rifle and the M82 Sniper if you’d rather not use our Warzone SMG loadout. Happy hunting!