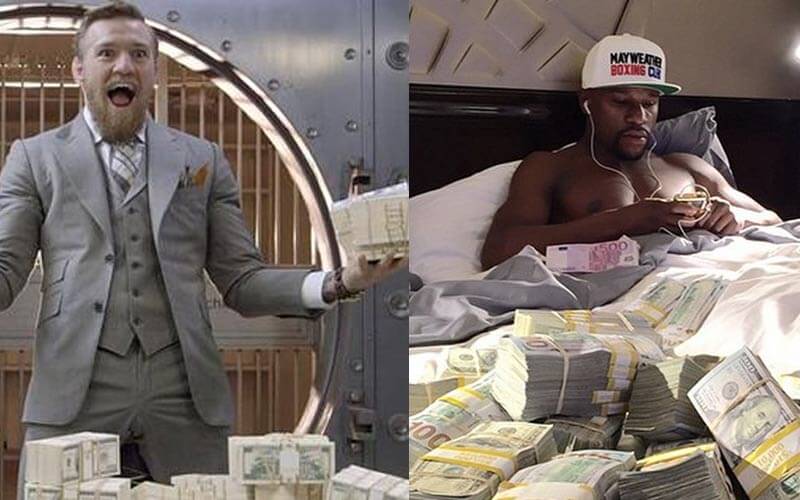 Floyd Mayweather is currently retired, but he’s still the most talked about boxer in the game. Even post-retirement, he’s getting called out.

When Ronda Rousey was at the top of MMA, people were talking about her fighting Floyd Mayweather – which was completely ridiculous. We saw how her boxing fared against Holly Holm’s boxing, so that pretty much says it all.

It was a lose-lose discussion for Floyd, because it’s not like he wants to run around talking about how he’d beat a woman in a fight that would never be sanctioned in the first place. In any case, Ronda’s no longer at the top of the MMA world, but Conor McGregor is.

So naturally, there’s going to be talks about people wanting to see Conor McGregor vs Floyd Mayweather, even if it’s completely impractical. Despite the fact that both fighters complete in different sports, Conor is up for the challenge.

For anyone who isn’t really into combat sports, it’s pretty cut and dry. Floyd Mayweather would absolutely wipe the floor with Conor McGregor in a boxing match, but Conor would smash Floyd in an MMA fight.

Conor was asked if he would ever fight Floyd Mayweather, and here’s his response:

In other words, Conor recognizes this is a huge potential payday, win or lose, but he wants it on his own terms. Conor has proven that he’s a real fighter, he’s up to any challenge. After winning the featherweight belt, Conor signed a fight in a higher weight class to take on the lightweight champion Rafael dos Anjos.

When the champ pulled out at the last minute with an injury, Conor signed a new fight against Nate Diaz at 170 pounds. Conor is skipping an entire weight class to fight a new opponent on short notice, so it goes without saying that he’ll fight anyone. So why not a retired boxer?

Speaking of tough fights, here are 8 of the hardest videogames ever made.

Floyd Mayweather has broken all sorts of records in boxing, Conor has done the same for MMA. It’s a pie in the sky thought, but if these two were to ever fight, there’s no doubt it would be a blockbuster.