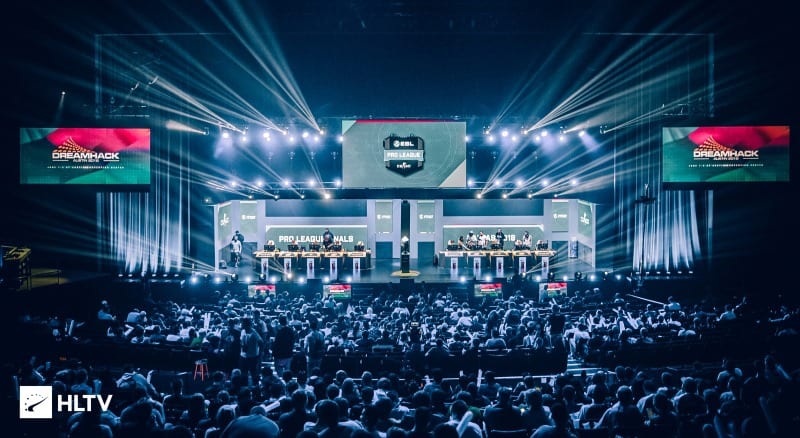 It’s official – Season 11 of Esports League’s (ESL) popular CS:GO Pro League will be battled out online! This decision has been made to try and minimise the risk of players, crew and fans contracting coronavirus.

The COVID-19 pandemic has caused massive disruption for sporting events across the globe. Some leagues have been postponed or cancelled, while others have looked for a unique solution – moving to the online world.

Related: Here’s How Coronavirus Has Impacted Esports So Far

When the ESL announced the new format for the CS:GO Pro League, they also explained some changes to ensure fair competition from home, guaranteeing minimal risk for participants and fans.

Following the announcement that Season 11 of #ESLProLeague would be played online, we are instituting some necessary changes to ensure that the tournament will run smoothly.

The revamp has completely changed the outlook for the season. We’re seeing all sorts of new stuff – new regional divisions, team replacements, new groups and seedings as well. This is all alongside a full daily schedule, featuring information about the league’s Playoff stage and Finals.

What Are The Changes to CS:GO Pro League?

The changes include split regional divisions to minimise potential network issues and to ensure players can play in more or less their time zone (since they won’t be travelling around much anymore).

Due to the widespread disruption of the COVID-19 pandemic, some teams have dropped out or been replaced. ESL has officially confirmed four of its teams have been swapped out.

One thing that has not changed is the competitive format. Games have still been played as best-of-three matches with production out of the ESL Studio in Cologne, Germany. ESL has been trying to maintain the standard level of entertainment for the event.

The only significant format change has been that Groups C and D have been played in the last slot of the day, while some 6 PM matches feature teams from North America.