EA’s CFO has shared some bad news for Battlefield fans 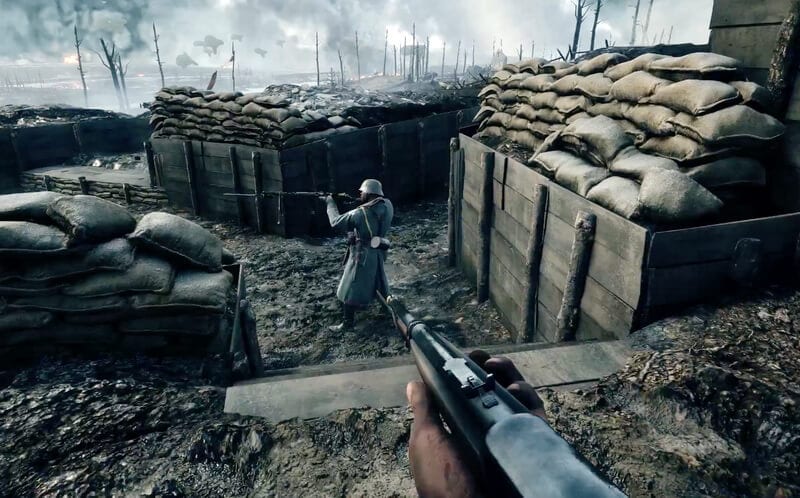 If you’ve been enjoying Battlefield 1 and were hoping to see Battlefield 2 in the near future, sorry to have to crush your dreams.

It sounds like EA is going to keep up support for Battlefield 1 and focus on some new titles over the next couple of years, with no new Battlefield game coming in 2017 at all.

As reported by Videogamer.com, speaking at the Nasdaq 35th Investor Program, EA CFO Blake Jorgensen said that they:

“won’t have another Battlefield back for a couple of years. Next year we’ll have Battlefront, the Star Wars game.”

He also added that the upcoming Star Wars Battlefront game will be much more exciting and bigger than the previous.

“We were really working with the old canvas of Star Wars, the old trilogy. We weren’t using any of the new materials that came out of [Episode 8] because our game actually came out slightly before the movie,” Jorgensen said. “Next year we’ll have the opportunity to leverage more of that content from the new movies and we think that’ll make the opportunity much larger.”

So, that puts a new Battlefield title on the back-burner for the near future as EA works on the next Battlefront. EA also explained why they are not going to rush with making another Battlefield title.

EA said that Battlefield 1 was loved by all and people weren’t pleased with some aspects, it was because they wanted more:

“It’s a beautiful game, people loved it. I think if there was criticism [it was that] they just wanted more,” he said. “And so we’re taking that criticism to heart as we build the next game and trying to address any of the issues that they had.”

Battlefield 1 has been well-received, and it’s good news that they plan on allowing it to have a longer life, hopefully keeping up support and adding new content while they work on other projects.

EA hasn’t confirmed a release date of Star Wars Battlefront 2 yet, but it is expected to launch in late 2017.