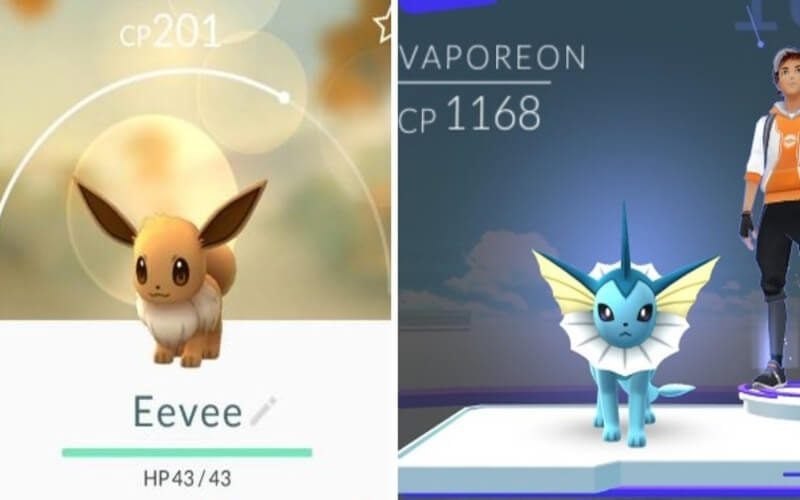 The Eevee evolution Easter Egg was finally confirmed by Niantic during the Pokemon Go panel at San Diego Comic Con, only a few days ago. John Hanke, CEO of Niantic, mentioned that the evolution of Eevee in the game can be controlled – allowing players to evolve Eevee into either a Vaporeon, a Jolteon or a Flareon as per the player’s wish. Initially, it was just a rumored theory put together by fans of the game, and discussed heavily on Reddit.

Niantic’s done well to pay homage to the original Pokemon anime by including the Easter egg. In the anime, Pyro, Sparky, and Rainer are known as the Eevee brothers. What you’ll need to keep in mind while evolving Eevee is the correspondence of Pyro, Sparky and Rainer to each of their Pokemon.

You can can get the Eeveelution of your choice by following the steps below.

Another thing players have to face when evolving their Eevee is deciding which Eeveelution to choose. Here are some factors you might want to consider regarding the stats and moves each Eevee transformation can give you.

UPDATE: Vaporeon’s Water Gun attack has been nerfed due to a secret update, so the DPS has changed. Read more about it here.

Rankedboost.com has provided a very handy list of CP that the Pokemon receive for each power up. As you can see in the charts below, Vaporeon and Flareon on average receive the highest amount of CP, +40 and +39, respectively, However, Jolteon is further down the list, receiving only +31 per power up.

Another thing to consider is how much damage per second (DPS) each Eeveelution has. These stats are figured out by calculating how much damage an attack does, along with how fast it takes for an attack to be made. After doing some research online and through personal experience, Vaporeon definitely packs the biggest punch. The DPS for Vaporeon’s primary attack significantly trumps the other two, with an impressive 20.00 damage per second.

Flareon is next in line with 9.52 DPS, followed by Jolteon with a meager 8.33 DPS. Personally, I typically use Vaporeons as my primary attackers because they’re quick and have a decent amount of HP to spare.

Finally, one last thing to consider is what types of Pokemon typically control rival gyms. When you go to battle other Pokemon, you want to make sure your fighters are more powerful than your rival’s, and that includes using the types of attacks your pocket monsters have appropriately.

For instance, water-type Pokemon are great against fire-type Pokemon, but weak when fighting electric-types. Flareon is strong against grass type Pokemon, such as Exeggutor and Vileplume, but a Gyarados will destroy it.

We hope these tips help in choosing which Eeveelution is right for you.

I don't want to set the world on fire.