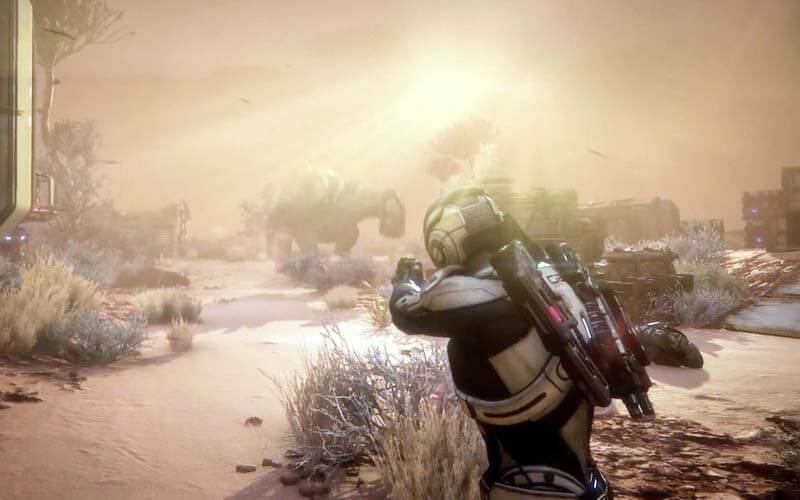 The official Mass Effect: Andromeda review from GAMESPOT just dropped and many were surprised to learn it received a low rating of 6/10 from veteran game reviewer Scott Butterworth.

Although the game did display some positive characteristics that reminded him of the original trilogy, it was bogged down by the overall tediousness and lack of imagination in the story and dialogue.

The main story is centered around an evil alien race and it’s leader who is basically an evil alien version of Donald Trump. The threats and issues created by this leader are largely predictable. Therein lies one of the core problems in the game as revealed by the reviewer, the characters are just dull and unimaginative. It seems almost as if the game was pumped out in a hurry relying on the nostalgia and fanbase of the series to propel it forward without serious creative energy going into the storyline development.

Even the sex scenes were disappointing, according to Scott at GAMESPOT

Even romance options feel stilted, and the culminating scene I unlocked for successfully wooing a crew member was not as explicit or exciting as you might expect.

Another problem Scott found with the dialogue focused gameplay was the lack of cause and effect  decisions had on actual outcomes. The reviewer though it felt kind of pointless because no matter how rude you were or what dialogue options you selected, the effects on the game were minimal.

Andromeda did do a few things well, the worlds were vast and enjoyable to explore, the maps offer a lot of variety, and the combat mechanics (especially shooting) are strong. Although he found the crafting aspect of the game to be overly complex and tiresome.

He found particular flaw in the mission layouts, and felt it was extremely tedious to have to repeat the same level over and over again just to interact with one prompt.

The main issue he found was the technical flaws. He found that the framerate was inconsistent, several audio issues (errors with dialogue), and all sorts of miscellaneous glitches too numerous to name.