GTA V player finds secret mine, discovers something he never expected inside 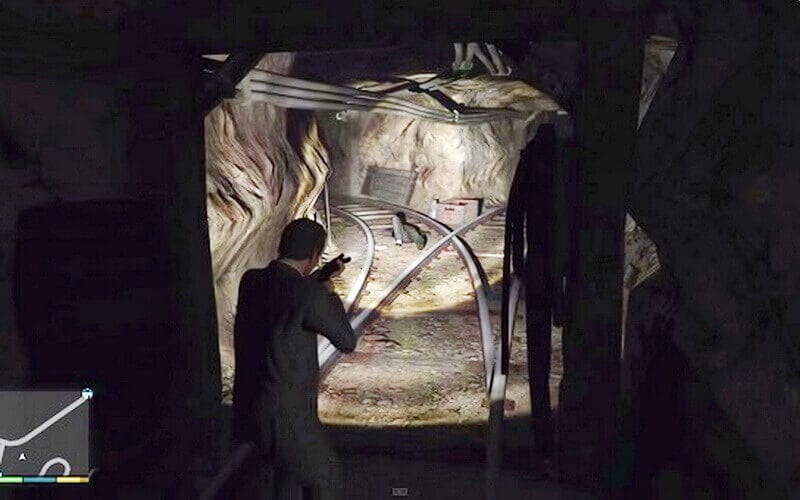 Grand Theft Auto V is full of secrets and Rockstar Games is known to put down small easter eggs that aren’t really pleasing but can be connected to some of its earlier games if you can put the pieces together.

The next-gen version of GTA V which released for PS4 and Xbox One contains one such secret. Several players have uncovered this rather disturbing secret in the game which involves you finding a mine.

The mine isn’t accessible from the get go and you’ll need a couple of grenades to blow up the entrance. Make you are far from it or the debris can end up killing you. Once inside the mine, it’s very dark and hence make sure you take a flashlight with you.

What awaits inside is something that noone could’ve seen coming and also if you’ve played an earlier Rockstar Games developer title, it might actually make sense to you.

The mine has a dead body inside and the guy is fully dressed in what looks like a Mafia gang member outfit. However, that may not be who he is. If you’ve played L.A Noire, another game made by Rockstar, you’ll know Cole Phelps, the main character of the game.

Cole Phelps was a detective who wore a similar outfit and died at the end of the game inside a mine after drowning in it. Could Rockstar have intentionally put this body inside the mine as a easter egg for the game?

The outfit and the hat also matches with the one Cole wore in the game. Check out the video.