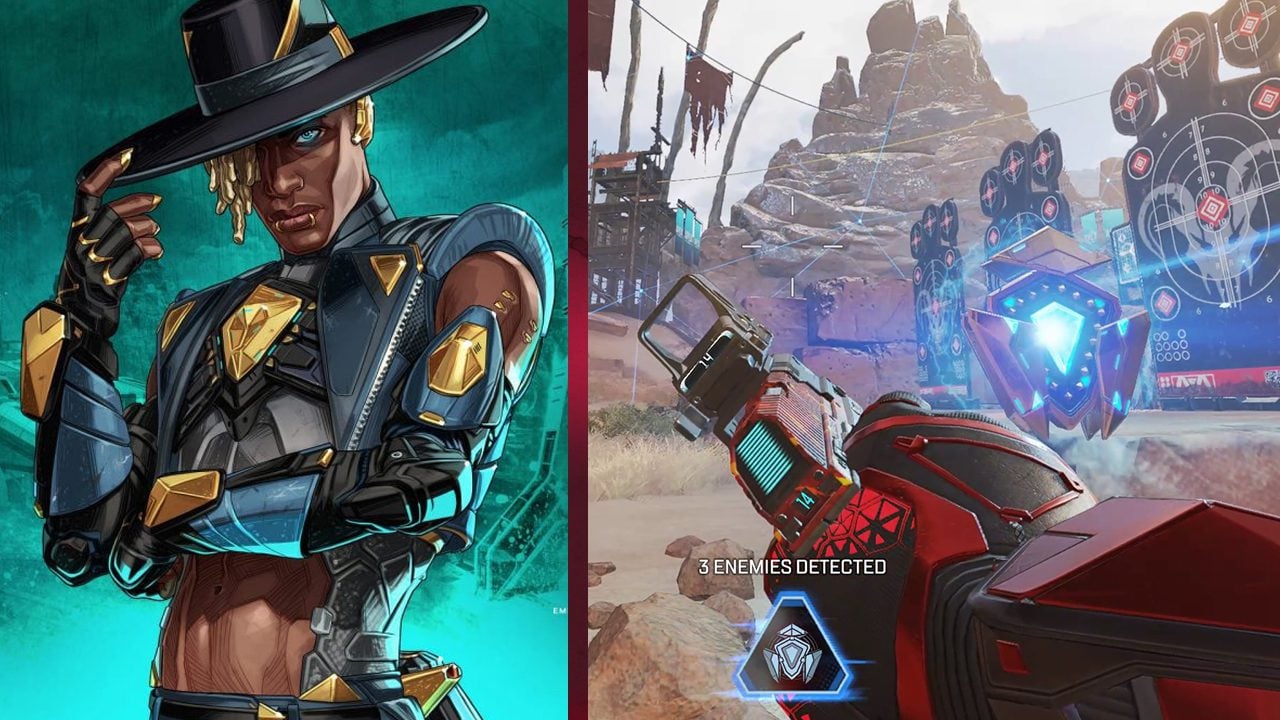 Season 10 of Apex Legends, Emergence, introduces Seer to the roster of charismatic legends. Slotting in as another reconnaissance hero, Seer is already proving himself to be a powerful squad member. While slightly similar to Bloodhound in the way his abilities work, he’s touted as being far more aggressive.

Here’s how you can make the most of Seers abilities in the newest season of Apex Legends.

Let’s start with Seers passive ability as it’s incredibly handy when things seem a little ‘too’ quiet. Called ‘Heart Seeker’, a new UI interface appears when Seer aims down the sight of any weapon. The blue circle around the crosshair acts as a heartbeat sensor, indicating where enemies are located within a 75m range.

The orange spikes around the circumference of the blue circle indicate which direction the enemy is in. When the whole circle turns orange, that means you’re looking directly at them. You can also hear the enemies heartbeat while aiming at them. The faster their heartbeat, the lower their health.

While this ability might sound a little overpowered at first, it’s not without its drawbacks. Enemies can hear small micro-drone buzzing while Seer is using Heart Seeker. To not give your position away, you can toggle the ability on or off. Be sure to do so when it’s not needed, otherwise you’ll end up giving the game away for your squad.

Seer’s tactical ability is all about locating enemies in a specific area. Called ‘Focus of Attention’, it can send a cylindrical blast in any desired direction. Enemies caught in the area will be dealt 10 damage and marked for your entire team to see. Unlike Bloodhound’s marking ability, you’re able to see enemy health and shield bars, too. It’s incredibly useful for prioritising which target to tackle first.

With a range of 75m, it works well in conjunction with Seer’s passive ability. Line up the blast with a group of enemies and use the tactical to get the jump on them. The blast staggers enemies and interrupts actions like healing items and other abilities, so it’s useful for striking enemies when they’re down.

The tag only lasts for eight seconds, so this ability is best used when you know that you’re about to happen on an enemy squad. While it can be used to initiate a team fight, I’ve found it most useful for when you’ve pushed an enemy squad back. When there’s a group of them trying to hole up and heal, pop them with this ability and run them down. It has a 30 second cool down, so there’s no need to be previous with its use.

This ultimate ability continues Seer’s trend of leaving enemies with nowhere to hide. Popping this will create a large dome of micro-drones. Enemies inside the dome will be marked for your teammates, health bars and all, while either moving quickly or firing their weapons.

The dome lasts for a total of 30 seconds but can be destroyed by enemies. Shooting out the microdrones will take down the zone early. With only 135hp, it’s certainly not difficult to take out for fast thinking players.

Respawn has balanced this rather weak ability by giving it a ridiculously low recharge time. Don’t bother giving Seer any Ultimate Accelerants as he can recharge one of these bad boys in just a minute and a half. It’s possible to pop an Exhibit once, if not twice, every large firefight that you encounter.

I’ve used Seer for two nights in a row on Apex Legends and he’s already made a lasting impression. Bloodhound is still the best Legend to play when you want to clearly understand what’s going on around you. However, I like that Seer’s recon abilities are more focused and require the player to be more deliberate.

Dealing small ticks of damage with his microdrones also helps to encourage a more aggressive playstyle. If you can tailor the rest of your squad to move in once Seer initiates, it’s possible to catch enemy squads completely off guard and snowball from there.

Compared to some of the other recent Legend additions in Apex, Seer is easily one of my new favourites. He’s got style, too. Play as this guy and you’re certain to be one of the most fashionable on the battlefield with that wicked hat.

How are you finding Seer in Apex Legends Emergence? Let us know across our social channels.