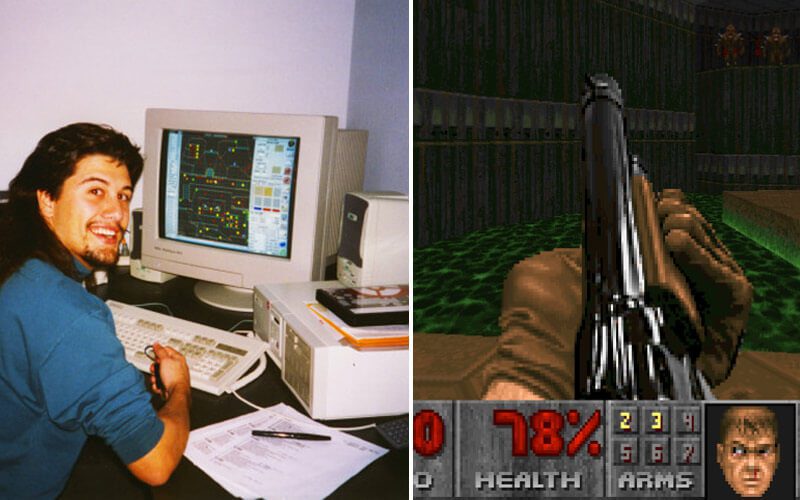 If you were reading between the lines, you may have caught this hint from January 11th, but honestly  – who was expecting a new level for DOOM?

It seems that Romero is flexing his level-design muscles, and the previous statement makes us wonder what he’s got planned next? It sounds like it’s going to be something big.

Once you read Romero’s description of the level, you’re going to find yourself racing to fire up your old DOS box…

“After exiting the Computer Station you knew the worst was up ahead. You still hadn’t reached the place where the demons were coming from. The steel door shuts behind you as you realize you’re there; you’re at the Phobos Anomaly. Cracks from hell are all over the place as seepage from the portal invades the entire installation. Now it’s time to find the portal and stop the demons from coming through. You know UAC had hundreds of scientists working at a high-tech lab somewhere in this area, and the portal must be connected to it somehow. Time to lock and load.”

You can grab the new DOOM level here.

In case you missed the E3 trailer for the latest DOOM game, published by Bethesda, we’ve got you covered: