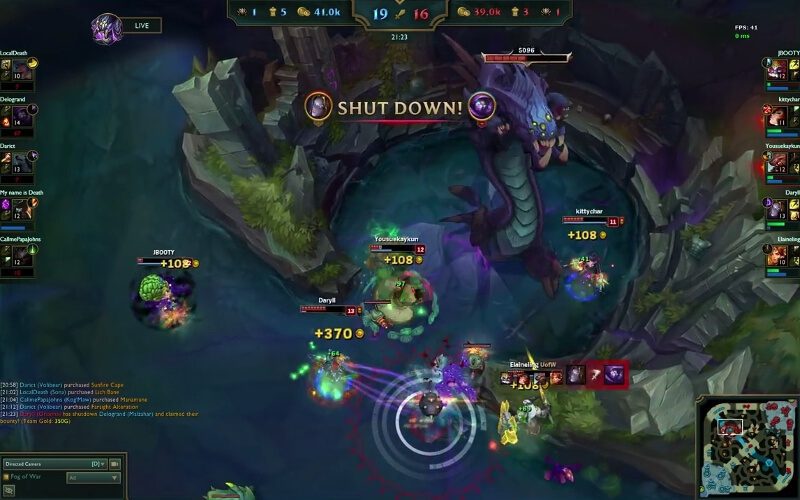 If you’re a League of Legends fan, you may have seen this video of an insane Baron steal that’s been trending of late. If you haven’t, take a couple of minutes to sit down and watch it.

It’s amazing to see just what can happen when you’re in the right place at the right time, or vice versa if you’re part of the extremely unlucky team in this video.

So, for the uninitiated among you, or those who are just a little confused, here’s a summary of what you’ve just seen:

The hero the camera focuses on in the first half of the video,Malzahar, uses his ultimate on the opposing team’s tank, Leona. Leona shrugs this off, which basically means Malzahar’s attack was a wasted effort. Despite this, Malzahar decides to charge ahead towards the rest of the opposing team.

These guys are all busy fighting with an enemy called Baron Nashor –  the big purple dragon looking thing you can see in the video. If they kill it, the entire team will be granted a huge buff, along with a significant amount of gold and experience.

Malzahar quickly gets caught in the cross-fire and soon dies. Just before this though, he uses an ability called Malefic Visions. This attaches a damage-over-time (DOT) miasma to an enemy for a few seconds. If that enemy then dies while afflicted with Malefic Visions, the miasma moves onto another one.

The hero that Malzahar hits with this skill starts to run away from the rest of the group. However, in a moment of sheer madness, he decides to turn back. Due to his low health, he quickly succumbs to Malefic Visions. The skill then jumps onto another hero fighting the Baron.

Now, because every hero of the opposing team was already on low health, and fighting a tough enemy to boot, this starts a chain of deaths that ends up in Malzahar being awarded a posthumous Ace for taking out EVERY SINGLE MEMBER OF THEIR TEAM. Not only that, but Malefic Visions also takes out Baron Nashor to boot.

Regular League of Legend players will understand the true ridiculousness of such a thing to happen, and having read the summary, the rest of you now will also have a good idea too. It’s no wonder at all then why this video has been trending since its release.

Hopefully, the players on the opposing team will be a little more wary of just what mad feats of luck a lone Malzahar can accomplish from now on.

Other Articles You May Enjoy:

Norwegian School To Offer eSports Training Instead Of Gym Class

Powerlifter, gamer, writer. I enjoy picking up games, putting them back down, and then writing about it.