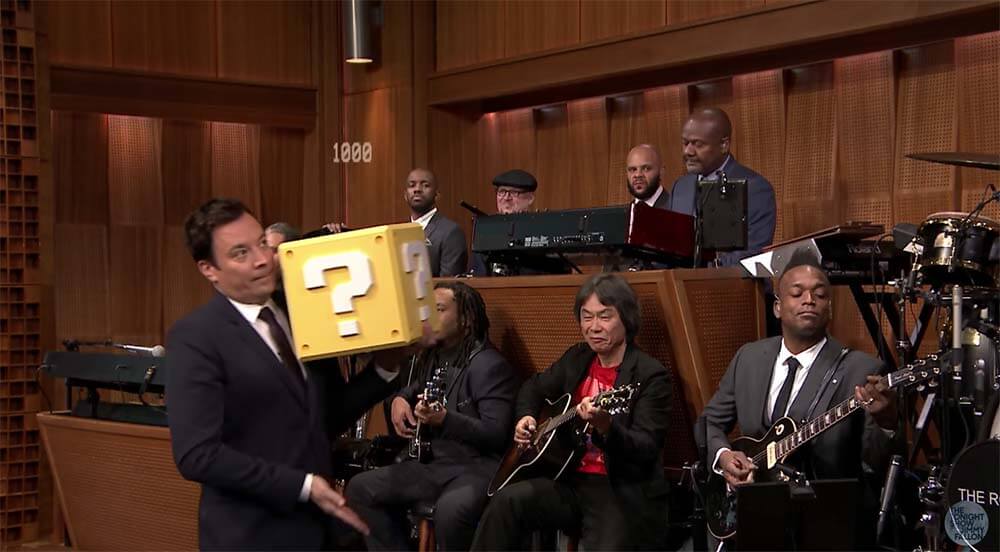 The legendary Japanese game designer Shigeru Miyamoto had a blast on the tonight show starring Jimmy Fallon last night. Apparently he is not only the creator and designer of some of the best selling videogames of all time, he is also a good guitar player. Originally joining Nintendo in the 70’s he has led the creation of classic titles such as Donkey Kong, Mario, The Legend of Zelda, Star Fox, F-Zero, Pikmin, and Wii franchises.

Old Shigeru has been on somewhat of a press run recently, with the release of Nintendo’s first smartphone game Super Mario Run pending.