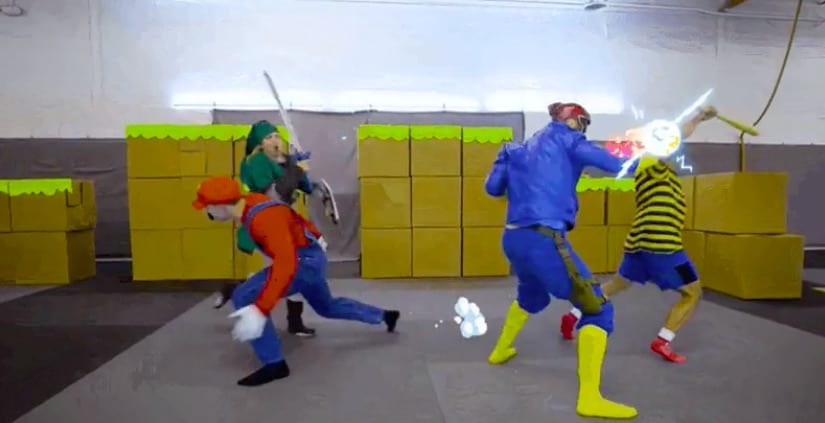 Nintendo’s Super Smash Bros. Ultimate launched last week, and it’s all anyone’s been playing ever since.

Although narrative-driven games like Red Dead Redemption 2, Spider-Man and God Of War have dominated the charts throughout the year, it looks like it’s time for a classic brawler to take the top spot.

As the world celebrates that latest success from Nintendo, one group in particular has decided to bring the action of Smash to life.

Filmmaker Legend of Michael has recreated a Super Smash Bros. Ultimate battle with the help of some of the best stage fighters in the business.

The video, which you can check out below, shows stuntmen from shows including The Walking Dead and movies such as Avengers Infinity War and the upcoming Avengers Endgame.

Seriously. These guys are the pros.

“These stuntmen have doubled TV stars (including Negan in The Walking Dead and MacGyver) and performed stunts in Marvel films. In their personal time, they explore new choreography and stunt ideas…sometimes taking on the roles of their favorite video game characters.

“Filmed and directed by Micah Moore.”

Check out the rest of Micah’s work right here.

Super Smash Bros. Ultimate is receiving rave reviews from both critics and fans, and it seems Nintendo is going to keep working hard to ensure the game stays fresh, dynamic and fun.

Twitter Game Review Super Smash Bros. Ultimate: 9.5/10. Best Smash Bros. game yet. Pros are largest roster and endless local and multiplayer fun. Single player provides hours of content as well. Cons are World of Light gets repetitive and boring after a while. #SmashBrosUltimate

At The Game Awards 2018 earlier this month it was revealed that upcoming Character Packs will be introduced into the game, starting off with Persona 5‘s Joker.

What characters do you want to see added into Smash?