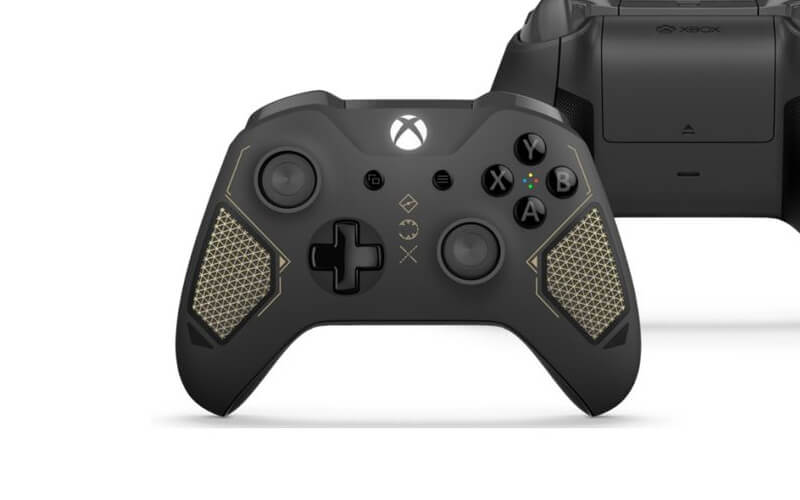 Microsoft is adding yet another version of the Xbox One controller for those of you who like to accessorize your gaming experience.

The newest entry is called the Recon Tech Special Edition, and it’s here because Microsoft saw demand for people who want a controller inspired by “military technology and performance patterns.”

You’ve gotta have those performance patterns, otherwise what’s the point in even turning on the system?

This new Xbox One controller is a dark looking grey with gold designs etched into the matte plastic and a strategic rubber grip.

Thanks to Bluetooth support, you can use this controller on your PC without the need for an extra dongle. You’ll have to wait until April 25th to get your hands on it, and it’ll set you back $70.

This controller will also be compatible with a new featured called Copilot, that allows you to sync two controllers together to use as one. This will be useful for people who can’t control all aspects of a game by themselves, for any number of reasons, to get a helping hand from a, well, copilot.

If it doesn’t quite catch your eye, there are more controllers coming out in this Tech Series later on, to be revealed at a future date.