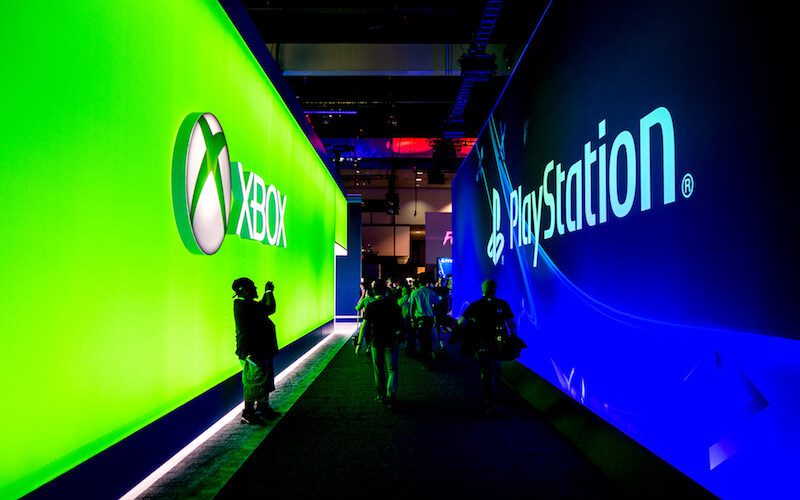 When Sony’s Playstation event had finished earlier this week, there was always going to be a response from Microsoft. At the event, Sony released details about a slim version of the PS4 as well as an upgraded version – tentatively called the Neo and officially revealed as the PS4 Pro.

The reveal of the consoles – particularly the Pro version – have not come without their detractors however. Microsoft have notably called Sony out on what they deem the new consoles “weaknesses.”

The company have now continued their comments about Sony after Bethesda announced that the PS4 will not support Fallout 4 or Skyrim mods.

It seems that Microsoft shy away from making a universal, sweeping statement by the company on a whole but that hasn’t stopped individual employees from sharing their views on social media. Or just simply sharing facts.

A tweet by Twitter user, Larry Hyrb , who also happens to be Xbox’s community manager a.k.a Major Nelson, below shows the type of comments made in light of Bethesda’s announcement:

ICYMI: Xbox One owners have been enjoying @Fallout 4 mods since May. Details https://t.co/6p7DAqjIhf pic.twitter.com/ktCYIhIFkx

Microsoft itself have made more cunning statements regarding the differences in their new hardware to that of Sony’s. A tweet by the Xbox UK official Twitter below describes the abilities of Microsoft’s new hardware (some of it which the new PS4 doesn’t include):

Another way in which Microsoft seems to have the bragging rights hardware wise is the ability to read 4K Blu-Ray discs. This is something that was much anticipated for the PS4 Pro as well, but Sony’s new machine does not read the discs.

Sony seem to be confident that this is not so much a “weakness” of the new hardware. They have stated that their complete focus is on 4K/HDR-enabled gaming which is something that they excel above Microsoft on.

Phil Spencer, head of Xbox, even took to Twitter to congratulate Sony for the reveal of their new and revised machines:

@LokoZillian I always think it's great when game companies have events and announces. They did a nice job but I'm very happy with our plans.

The ball is your court, Sony. Time to respond to Microsoft’s “statements.”