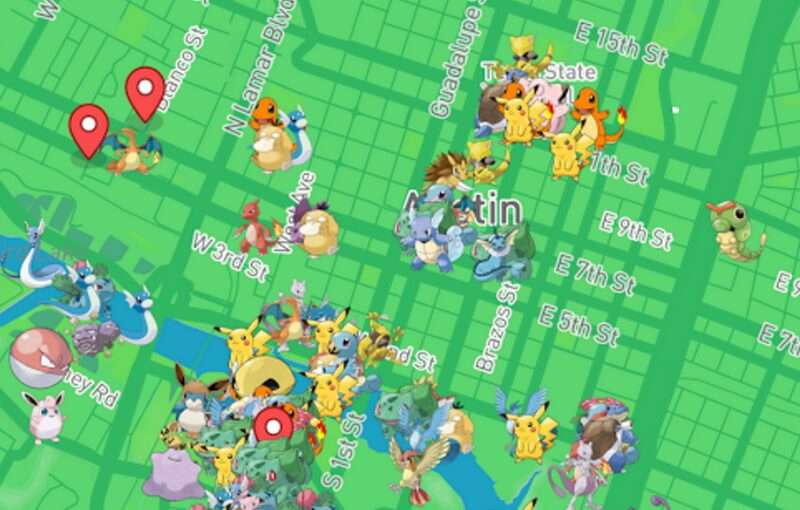 Earlier today we reported that Pokemon tracking apps such as Pokevision have ceased operations after what appears to be takedown notices sent to them either by Niantic or The Pokemon Company.

Niantic’s CEO, John Hanke, had stated that he wasn’t fond of these apps as he felt they take the fun out of the game and hence might take them down in the future. He didn’t wait long to do it.

Niantic also rolled out an update last night that saw the complete removal of the location tracker from the game. This means there’s virtually no way for players of Pokemon Go right now to find where the pocket monsters are, except to wander around aimlessly.

However, one company has stepped up to the challenge and has launched an app called “Pokemon Go Maps” which serves as an alternative to PokeVision. What’s unique is that the app is totally crowd sourced and hence it doesn’t face the risk of getting shut down since it isn’t using Niantic’s code or API.

The map shows you all the rare Pokemon near your area, as well as Pokestops and Gyms. Using this map won’t risk your account as well since it isn’t violating any terms of service.

It’s not known how long Niantic will take to implement a new location tracking system in the game, and this app seems like your best bet to continue playing Pokemon GO without being hassled about not being able to find those rare Pokemon. Check out some cool screenshots below:

Disclaimer: This is a sponsored article. Fraghero cannot independently verify the functions of this app and urges users to use it at their own discretion.