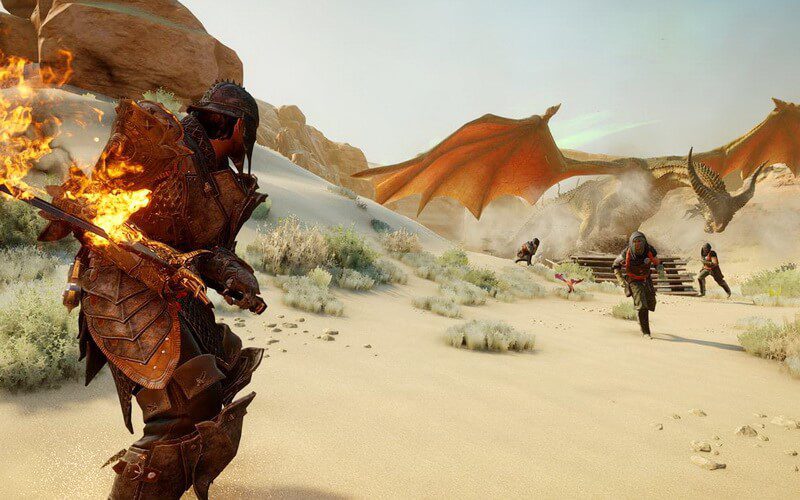 If you’ve got a hankering for a new Dragon Age game, it might be closer than you think.

Just keep in mind, this hasn’t been confirmed and there hasn’t been an official announcement yet, but we have gotten a big tease from a voice actress that Dragon Age 4 could be in the works. Check out the evidence and decide for yourself.

We’re fresh off the release of Mass Effect Andromeda, but it appears that BioWare may be working on more than just fixing some issues with Andromeda.

Alix Wilton Regan played a major role in Dragon Age Inquisition, and she’s “back in the studio” now:

The #Elf hashtag could be telling, same with “Back in the studio” as it implies it’s a sequel to a title she’s worked on previously.

Or it could be a completely unrelated character for something that isn’t a new Dragon Age game at all, and only time will tell, but we’ll keep our eyes peeled for any additional hints or clues.