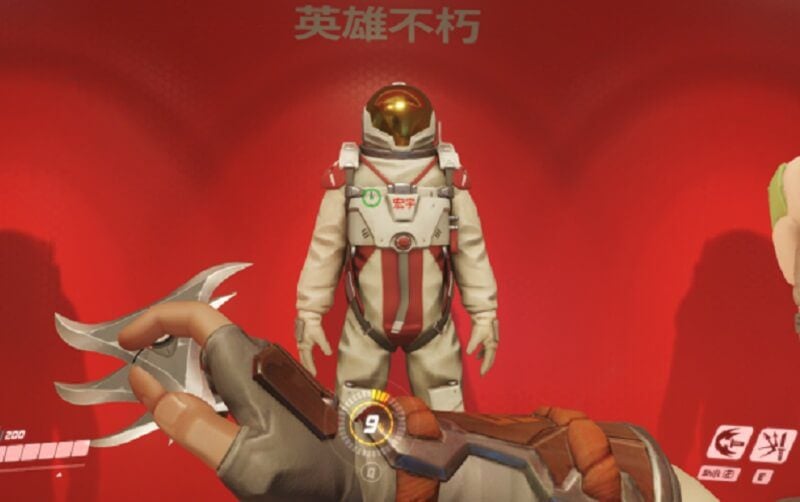 Blizzard has done a wonderful job to pay tribute to an Overwatch fan who passed away just a day before the game was released. The company payed the tribute through its latest patch.

The 20 year old student named Hongyu Wu was waiting eagerly for the game to release until that ill fated day when he died trying to catch a thief who stole his friend’s motorbike. Hero.

The Easter egg in the recent patch was brought to notice by Reddit user Rebirdhk. In the game, the astronaut space suit display case on the control centre position of Lijang Tower has been changed. On the red part of the display case the name “宏宇” (Hongyu) has been added and behind it “英雄不朽” where Mercy’s catchphrase “Heroes never die” can be found.

According to reports, Hongyu Wu, who was a student of China’s Guangzhou University, followed a thief with his own motorbike after the latter stole his friend’s bike. While the chase was on, both the bikes collided and Wu sustained serious injuries which ultimately led to his death. The thief was captured by the police after the accident.

A memorial was posted by Blizzard’s official partner in China, NetEase, which also included a screenshot of a group chat where Wu showed his excitement for Overwatch which was due to be released the next day.

The last couple of messages of the group chat conversation were from his friend who wished him well in his afterlife. One of them wrote, “See u again” while another said, “Thank you for spending the last year with us. I hope you find eternal happiness on the other side!”

Thank you czhihong for the Chinese to English translation and may Hongyu Wu’s soul rest in eternal peace.