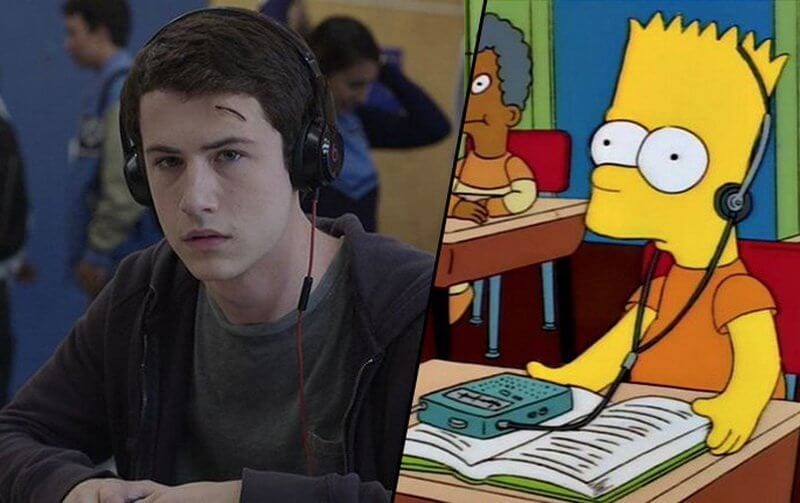 One of the longest-running shows to air on TV, The Simpsons has done more than its fair share of providing TV entertainment.

Most notably, the Simpsons have cleverly foreshadowed several things that ended up happening in real life. From ‘predicting’ Trump becoming president.

There are a plethora of jokes that have been showcased throughout the last 28 seasons, which have come true.

In addition to predicting real life events, many movies and TV shows have scenes that were seemingly first done in The Simpsons. It may just be the result of hundreds of hours of cartoon footage, but some of the similarities are uncanny. The Simpson Films Twitter page shows various scenes from episodes over the years, where the characters of Springfield foreshadow important scenes from popular movies and TV shows.

Much like James Franco’s predicament in 127 Hours. Minus the boulder, and the heat.

Bart clearly is not thrilled to be one of the thirteen reasons why Hannah Baker is gone.