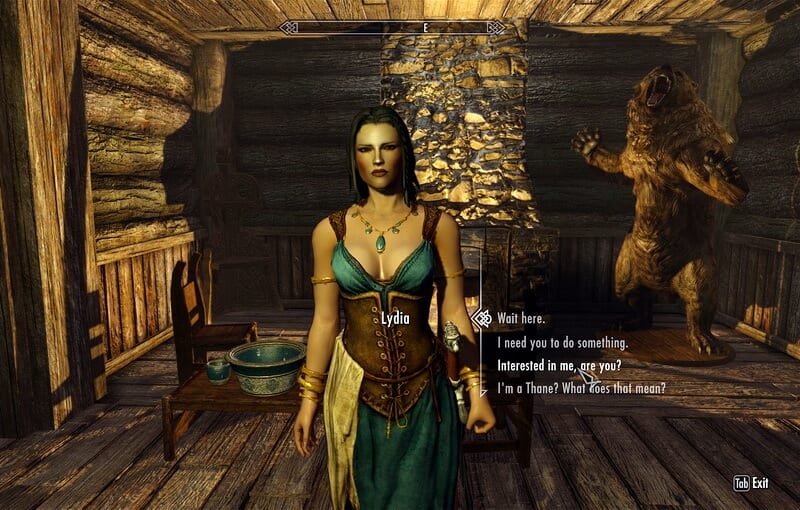 There is a saying that you shouldn’t rush into marriages. However, there is a contest in Skyrim which needs the players to speed-run all the way for marrying as fast as they can.

I have seen a lot of instances of speed-running in the past but this is the funniest/weirdest of all. There is an entire category of speed-running, where the players need to get married as quickly as possible right after the start of the game.

The chart is now led by Twitch streamer 5exual_Tyrannosaurus, who managed to marry Marcurio of Riften in just 3:37. That was really fast and Marcurio is definitely a lucky spouse.

Apart from this incredible achievement, 5exual_Tyrannosaurus has also achieved another incredible feat in the game, which is perhaps even tougher to imagine.

He completed Skyrim’s story in just 33:06 and claimed the trophy just a couple of days ago.

When I was wondering how 5exual_Tyrannosaurus managed to achieve these incredible feats at such a less amount of time, I came across a statement of speedrunner DrTChops.

He mentioned, “There is a glitch where if you start a sprint, quicksave, then end the sprint and quickload at the same time you keep the speed of the sprint.”

If you closely notice both the videos above, you’ll be able to find out that there is a small pause just at the start of the video. Well, I have got my answers now.

Apart from the above glitch, there are some more speed run glitches which are at work. Here’s a video by Fivexual, which explains how to make dialogue skips and load warping.

Glitches or not, it’s great to see these people make these absurd records while we leisurely play the game at our own pace.