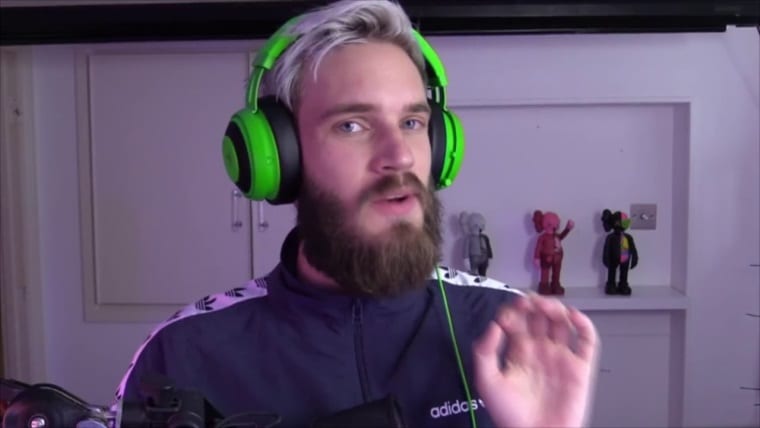 We’re almost to the end of the PewDiePie vs. T-Series contest, in which the two are vying for the title of YouTube Channel With The Most Subscribers.

In a last-ditch attempt to really push those subscriber numbers for Pewds, someone’s actually hacked printers all over the world – and is getting them to print out pages advertising PDP’s channel.

Twitter has been blowing up with screenshots of the hacked printers and printouts, which all read: ” “PewDiePie, the currently most subscribed to channel on YouTube, is at stake of losing his position as the number one position by an Indian company called T-Series that simply uploads videos of Bollywood trailers and campaigns.”

The papers then ask people to “tell everyone you know” about Pewds, and includes the iconic PDP brofist.

So far, people from Canada to the UK have all received the papers.

Check out just a few of the tweets below.

Why are local printers being hacked for this pic.twitter.com/fAnNTIp6ds

So this just randomly printed on one of our work printers. I think @pewdiepie has hacked our systems. pic.twitter.com/wSG9cprJ4s

Although this is actually hilarious, it’s still a breach of your security. If you got a printout then make sure you’re taking precautions to amp-up your computer’s security.

Spread the word with your friends about printers and printer security! This is actually a scary matter. Will tweet everything about this entire #pewdiepie hack later to explain to everyone exactly what went down. Also @pewdiepie please notice me

It’s not the first time we’ve seen PDP fans go a little wild in the Pewds vs. T-Series battle.

So far we’ve seen raps being made, billboards going up, and hundreds upon hundreds of YouTube videos covering the war between the two.

As for PewDiePie, he responded to the hacking simply saying: “Desperate times call for desperate measures.”