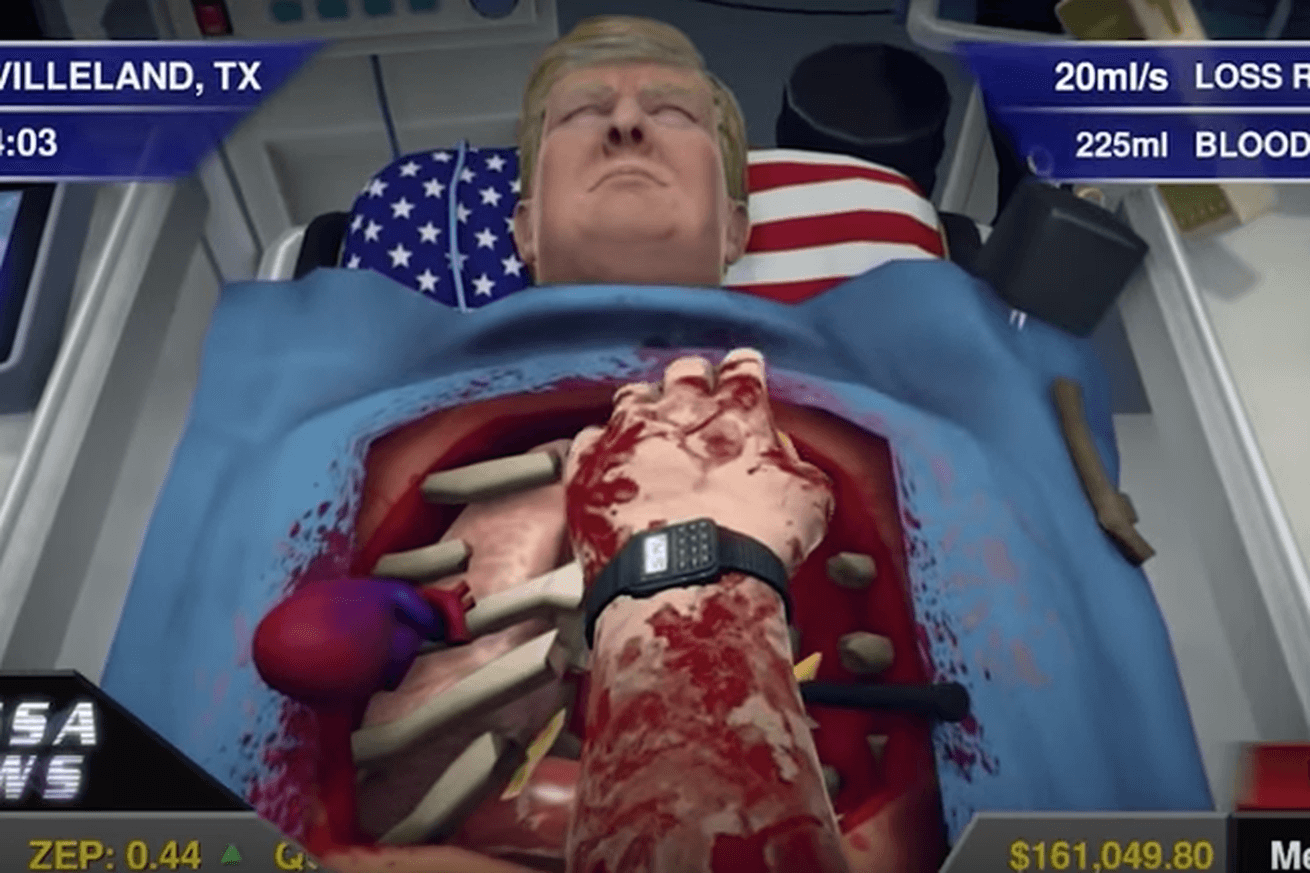 In this new update pack for the Surgeon Simulator game, you play the role of a shaky handed surgeon who must perform heart surgery on Donald Trump. The developer has added a quasi-political element by allowing you, the player, to cast votes: Should Trump’s heart be replaced with a heart of gold or a heart of stone? Or maybe you just want to shove a bottle of Trump brand vodka inside his torso.

The player’s choices are actually counted and displayed on Surgeon Simulator’s website, and as you may have guessed, stone heart is in the lead:

Surgeon Simulator was released in 2013 by Bossa Studios, and is available for download on Steam. The game, despite being a bit tedious and short, is picking up a tremendous amount of coverage, and WePlay Videos have been uploaded by gaming juggernauts such as PewDiePie and CaptainSparklez. Previous updates for Surgeon Simulator include Alien Autopsy and Eye Operations. Check out the trailer below.