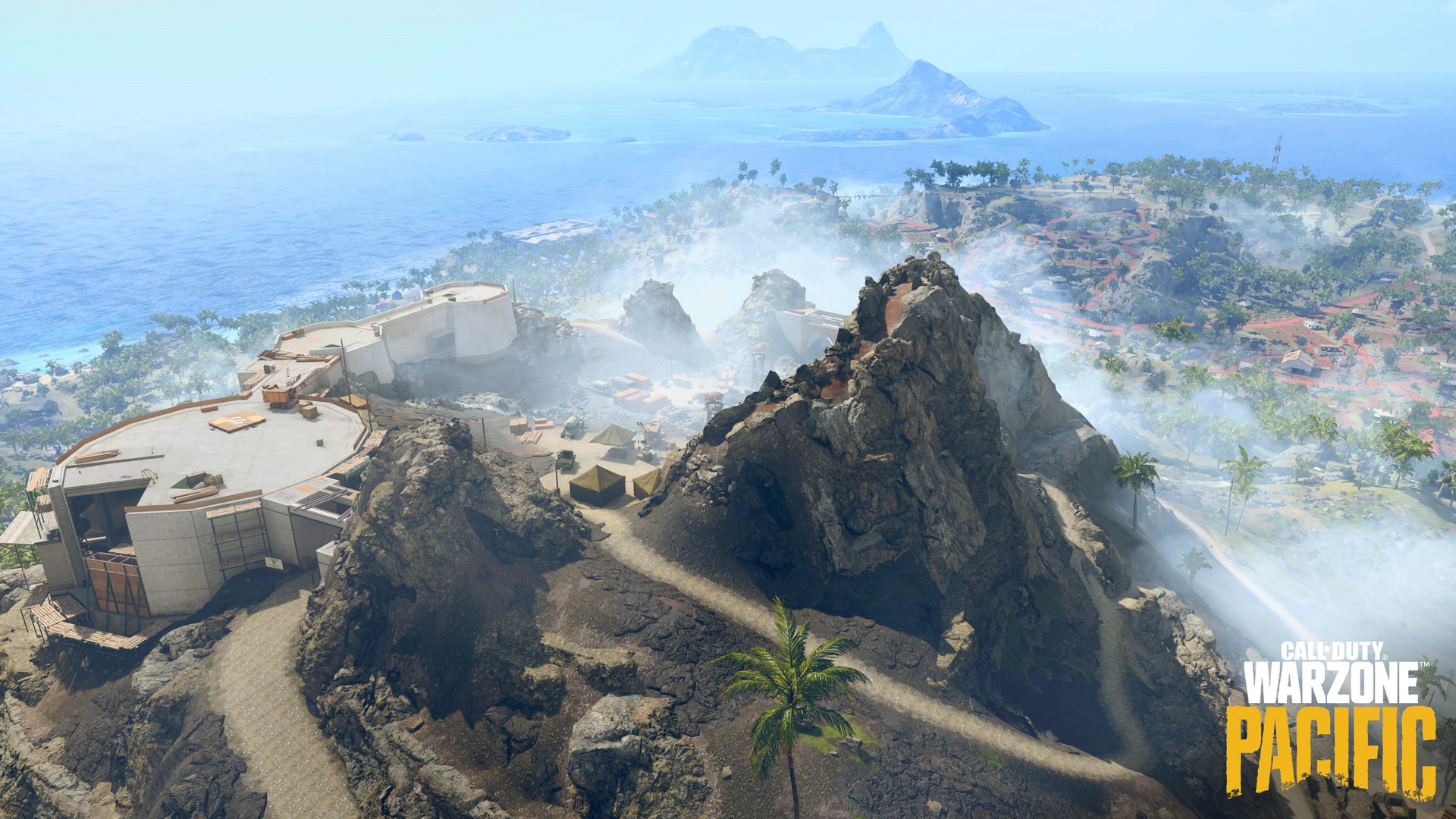 The “biggest year of content ever” begins soon when Vanguard launches on November 5th, and Warzone is undergoing some huge changes.

Warzone is being renamed to Warzone Pacific, and Verdansk is being replaced by a brand new map, ‘Caldera’, in the first season of Call of Duty: Vanguard content. The new map is roughly the size of Verdansk, and it’s built on the same tech and engine as CoD: Vanguard.

Visually, the new map is completely different to Verdansk. It may be a similar scale, but it has “lush forests and rocky crags”, as well as beaches, mysterious ruins and a dormant volcano towering over “200 points of interest”.

Warzone Globe Trots To The Pacific

This all sounds like a big change from what players are used to, but the team has reassured players that Caldera is based on “two years of research and listening to the community”. That sounds promising, but it remains to be seen whether fans will like this new map as much.

It seems this new map is planned to release alongside Season One of Vanguard, so players won’t be waiting long. Caldera will support “cross-play, cross-progression, and cross-gen support” when it launches.

Launching alongside Caldera is RICOCHET Anti-Cheat. This upcoming initiative is “supported by a team of dedicated professionals focused on fighting unfair play”, and hopes to tackle cheaters in the game.

All things considered, Warzone fans have a lot to look forward to. We’ll have to see how Caldera shapes up compared to what came before it.

Are you interested in Warzone Pacific? Let us know on our social media channels!