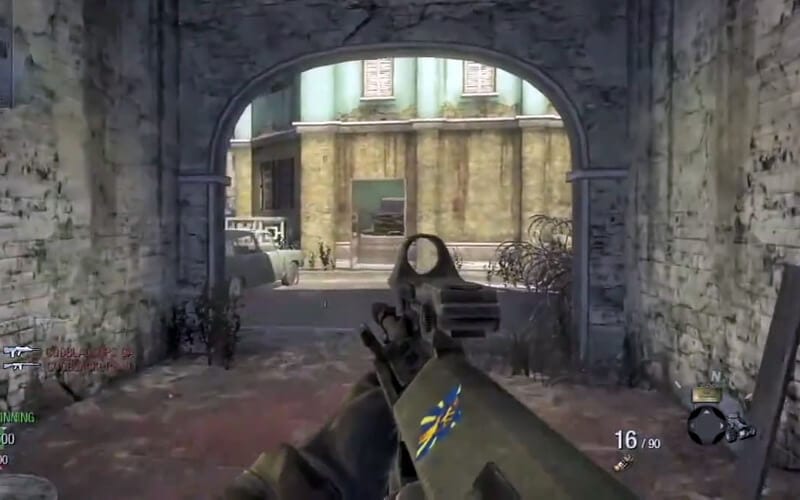 Call of Duty: Modern Warfare 2 is an old yet popular game. It’s only recently been remastered too giving people all the more reasons to play.

However, there’s been a mysterious emblem in the game that no one has been able to acquire by legitimate means. The emblem shows a spinning gold skull and unless you’re in a hacked lobby with mods, there’s no way you can acquire it.

The reason many speculate is because there’s an prestige challenge involving an AK-47 (Get 10,000 headshots) that is not yet in the game and it’ll be made available with an upcoming map pack. Until then, it remains as desirable and elusive as ever.

Other more extreme speculation include the one which claims the developers deliberately put it in the game to identify hackers.

However, nobody can be sure about what exactly is the purpose of this embled, and although it looks awesome, why players are being denied from acquiring it.

More from the discussion on gamefaqs:

Its not yet been “legitimatly” un-locked. The source at the moment say that, its was put on there to identify hackers. I dont believe this to be true. You dont make a game, knowing that there is going to be hackers, and then reward them with the coolest emblem. B-S.

Honestly, there is no 100% correct answer to this…

I’ve heard the “complete all prestige challenges”… “complete all headshot challenges”…. get “10,000 AK-47 headshots”… and lately it’s been that it’s not even possible until later this year when IW releases the third and final map pack… at that point it unlocks the emblem to be obtained…

Look at the people who have it… chances are they’ve modded/hacked for it because they have the “10th Prestige” title but the game lobby shows their actual rank is 4th Prestige 70… etc.

I’m pretty sure it’s from all Prestige challenges for EVERY gun.

Further discussion can be found on gamefaqs.