These are the 10 best Pokemon from Gen 2, and one of them is WAY stronger than Dragonite 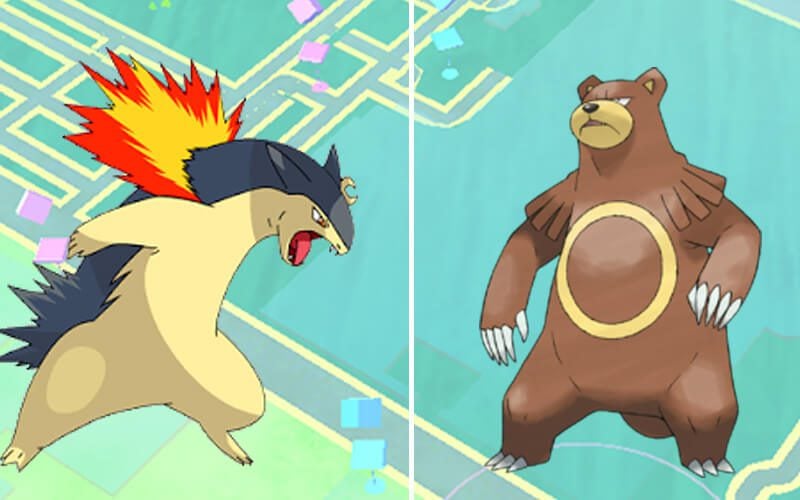 Pokemon Go has been facing a steep decline as the game is losing millions of players every week. The players are now frustrated by the lack of new content, which is one of the main reasons behind the game’s downfall.

However, there is still a lot of hope among the fans as they are eagerly waiting for Gen 2 of Pokemon Go. Gen 2 will have trading, versus battles, and legendary Pokemon, which will make it far more interesting.

So, as everyone is getting geared up for the Gen 2 version of Pokemon Go, we have compiled a list of the 10 best Pokemon from the next game. The list is based on their combined base stats and maximum base CP. The list, however, doesn’t consider legendary Pokemon.

However, it would not be very easy to obtain a Meganium as it a third stage evolution of a starter Pokemon. Here are the base statistics of Meganium: Attack: 183, Defence: 218, Stamina: 160, Max CP: 2131.

The next Pokemon to feature in this list is Octillery. Octillery is the final evolved form of Remoraid and is an water type Pokemon. Octillery has a very high attack stat although its defense and stamina stats are on the lower side. Octillery can serve you best when you pit it against a fire type Pokemon and dodge the moves correctly.

Typhlosion features next in this list. It is the final form of Cyndaquil and is a fire starter Pokemon from Johto. Typhlosion has relatively impressive attack and defense stats which makes it very useful. You can use Typhlosion against grass type Pokemon such as Venusaur, Meganium, and Exeggutor for better results.

Slowpoke’s final alternative evolution is Slowking. However, you were only able to obtain Slowking in the main Pokemon games when you evolve a Slowpoke which is holding a “King’s Rock”. The dual psychic and water type Pokemon has a good all round stats and can be very useful as both attacker and a defender while fighting against fire type Pokemon.

Ursaring features next in this list. It is a normal type Pokemon and is the final evolution of Teddiursa. Ursaring comes with balanced defensive and offensive statistics and can be used for both defending gyms and attacking in Pokemon Go.

The second stage evolution of Porygon is Porygon2. Porygon2, which is a normal Pokemon is also the second Pokemon featured in this list which will have an evolution in Gen 2. In the main Pokemon games Porygon2 could be obtained by evolving a Porygon which is holding the “Up-Grade”.

The next Pokemon to feature in this list is Feraligatr. The water type starter Pokemon from Johto is the final evolution of Totodile. Feraligatr has impressive stats both defensive and attacking wise and is the strongest Johto starter Pokemon. Feraligatr can be of great use against fire type Pokemon.

Kingdra is the third Pokemon to feature in this list which will get an evolution when Gen2 is introduced. Kingdra is the final evolution of the Horsea. In original Pokemon games, the players needed to evolve a Seandra which was holding a “Dragon Scale” to receive Kingdra.

Ampharos has great statistics in almost all the departments which can make it a killer Pokemon. Here are the base stats of Ampharos: Attack: 200, Defence: 190, Stamina: 180, Max CP: 2313

The last Pokemon to feature in this list is Tyranitar. Tyranitar is a dual dark and a rock type Pokemon and is the final evolution of Larvitar. Tyranitar is a very powerful Pokemon with an enormous Max CP of 3196. Apart from that there are only two Pokemon which have higher stats than Tyranitar in both Gen 1 and Gen 2 and they are Mewtwo and Ho-Oh.

Tyranitar even have better stats than some of the Legendary Pokemon and is stronger than the strongest Pokemon form Gen 1 which is Dragonite. Here are the base statistics of Tyranitar: Attack: 240, Defence: 225, Stamina: 200, Max CP: 3196