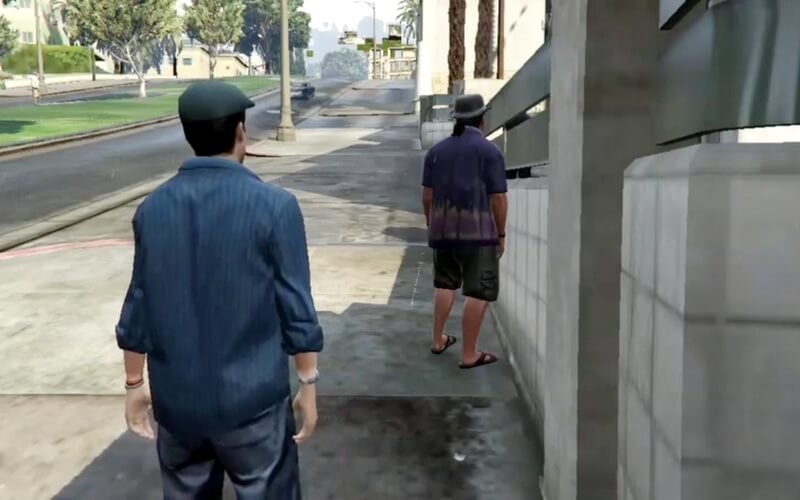 Ever wonder what NPCs in games get up to when you aren’t around?

An artist named Brent Watanabe has launched something called the San Andreas Community Cam, which is a 24/7 livestream of Los Santos that follows around citizens as they go about their daily lives, from walking into walls, to running around randomly, to all sorts of weird hijinks.

This isn’t Watanabe’s first foray into video game art installations. He’s also done a similar project where a deer wandered around the world of GTA, ultimately finding itself in gang territory and getting chased by the police.

To make everything even more strange, the artist added a crying track to the background, so while the NPC’s are going about their lives, you can hear people crying as well. It’s really creepy. He’s already made almost 100 hours worth of videos following the NPCs movements in the game.

The artist had announced that the stream would go live on Inauguration Day, and the sound of crying is there to represent people who are upset about the results of the election.

Here’s a description from the San Andreas Community Cam website:

“San Andreas Community Cam is a live video stream from a computer running a modded version of Grand Theft Auto V, hosted on Twitch.tv. The mod follows the citizens of San Andreas, a fictional state in GTA V based on California. The citizens are programmed to control themselves and make their own decisions, with no one actually playing the game. The citizens are ‘playing themselves’, with all activity unscripted.”

Right now, the streamer has a bunch of videos that has NPCs walking randomly through the game and going about their business.

It’s unclear if there’s a larger narrative here and if the streamer is planning to do something once people become invested in following their virtual lives. Check out his most recent video below that lasted for almost 43 hours.