Warning: Pokemon Go trainers, here’s why you should not catch Grimer 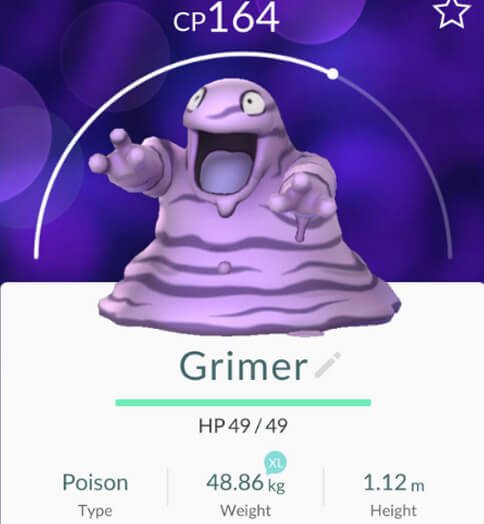 It has been reported by a lot of players that Grimer has given them a horror experience. They complained that their application crashed when they encountered the Pokemon in Pokemon Go.

The impact of Grimer has reached such an extent that the players who are just seeing it as Gym Defender are also experiencing crashes. On the other hand, trainers who have somehow succeeded in catching Grimer have had their games crashed when they tried to scroll past it in the Pokedex.

This glitch has been existent in the augmented reality game since a month and Niantic hasn’t taken any steps to fix it yet.

However, the issue has been faced by only the android users who are low on memory. There is also a very simple way to fix it in Google search.

Here’s a report on this glitch by Reddit user Rodizmo on TheSilphRoad:

So this past Tuesday I hatched an egg in the city which turned out to be a Grimer. Didnt look further, was just pleased to have one. I did however notice that Dewgong (right next to the Grimer in my list at the time) would crash my game whenever I went to its specifuc stat page.

Fast forward to yesterday with the advancement of the IV info and I began researching all of my Pokes IVs. I eventually got to Dewgong, Grimer, and Shelder. All three would crash my game and i would recieve the “so and so is not responding, close it?” message. I eventually managed to transfer the Shelder and Dewgong by messing with the list organization and thought that was that. I figured Dewgong was the issue.

Until today. Where AGAIN, after I found the Grimer to have 15/15/15 IVs i went to favorite it. And again it crashed. Along with Onix and Victreebel which were immediately before and after (forget which list organizer).

I came here and found out this Grimer issue is not an isolated incident. How similar is my story to yours?

Here’s a video of the bug by Youtube user Yudhi Sutopo:

Have you faced the same problem while playing Pokemon Go? If yes. please share your experience in the comments section.